The 16 most memorable press conferences ever

It's not always "we'll take every game as it comes" 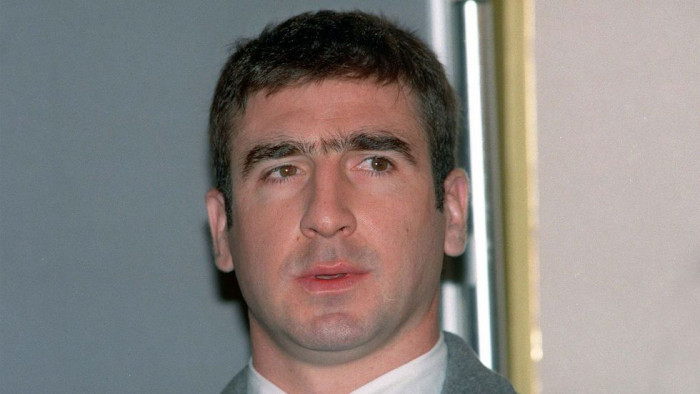 99% of press conferences involve various stars wheeled out in front a room of tired old hacks, asking the usual questions, expecting the usual answers, just so they can fill some space in the next day’s newspaper.

Here’s the 15 most memorable press conferences ever; read on for some seriously compelling views into the deep psyches of sportspeople and celebrities.

Ahead of the 2015 Super Bowl, Seattle Seahawks' charismatic running back Marshawn Lynch, provided the first piece of entertainment for the watching fans. A player who normally eschews traditional media responsibilities had been threatened with a $50,000 fine from the NFL if he failed to comply with his media day responsibilities ahead of the big day. Naturally, he then turned up, repeated the phrase "I'm only here so I don't get fined" in answer to the 29 questions he was asked, and then upped and left when his stopwatch clicked over to 4:51 (5 minutes being the mandatory minimum). The irony is, his answer will be remembered far longer than any of his more obliging teammates, who stuck around for over an hour longer.

A press conference for her film W.E. at the Venice Film Festival was preceded by an apparent kindly fan giving Madge a thoughtful bunch of hydrangeas which she smiled about and accepted graciously. Before then rolling her eyes, turning to a friend and saying: "I absolutely loathe hydrangeas. He obviously doesn’t know that." Alright petal, calm down.

Manchester United striker Cantona was already an enigmatic presence in the footballing world, even before kung-fu kicking an abusive Crystal Palace fan while leaving the pitch following a sending-off. However, he was elevated even further to the ranks of the legendary after his famous press conference, which followed his sentencing to 100 hours' community service for assault. A single, one-sentence philosophical quote, describing the media pack that was around him, was all that Eric the King uttered - even pausing for a water break - before leaving the bemused reporters to try and work out what it all meant.

Taking his cue from Eric's relations with the media, Shia LaBeouf made a similarly brief appearance at the press conference for Nymphomaniac Volume I in Berlin; answering just one question with a repeat of the 'Seagulls' speech - complete with his mid-sentence water break. Less than an hour later, he attended the film's premiere with a paper bag over his head which read 'I am not famous anymore' - making Cantona look like a paragon of normality.

Tyson was indisputably past his best when he finally lined up against Lennox Lewis in 2002, but public interest was still high. It was considerably ramped up in the aftermath of this pre-fight press conference though, when a revved-up Tyson strode over to Lewis with the apparent intention of assaulting him. An unseemly brawl followed, where Tyson bit Lewis' leg, punched bodyguards, then grabbed his crotch while yelling obsenities in Lewis' direction. We say 'unseemly' - this is actually exactly the sort of thing that everyone secretly wants to see. Tyson wasn't quite as forceful when it came to the actual fight, losing in the 8th round by knockout.

What to do when a hapless reporter asks an incredibly awkward question about someone sitting right next to you? Smile, and desperately try not to say anything. Truly painful. However, perhaps the reporter was not so hapless after all - he was eventually proved right.

It's really not often that a press conference begins with the interviewee calling a journalist a c**t. And it didn't stop there, as the recently-appointed Director of Football at Newcastle United attacked virtually all the publications he was due to have to deal with at the club, mainly through the vocabulary of expletives. Unsurprisingly, he resigned less than a year later.

A distinctly different atmosphere to the last one in the list, this was Ali at his wisecracking, one-liner best, ahead of his legendary Rumble In The Jungle fight against George Foreman. It included the impossible-to-beat, "I'm so mean I make medicine sick!" Now that's how to do trash talk to hype a fight.

It's a brave man who plays mind games with Sir Alex Ferguson and so it was that Liverpool manager Rafa Benitez sought to avoid them, by sticking meticulously to some 'facts' that he had prepared in advance on a sheet of paper. Naturally, by not playing mind games, he was in fact playing mind games and, sadly, he called to mind Kevin Keegan's infamous "love it" rant, as Newcastle were caving in on their title dream 13 years previously. Liverpool fared little better, eventually finishing 7th, with Benitez leaving by mutual consent at the end of the season. And that's a fact.

Don't mess with Mila. The Ukrainian-born actress memorably defended Friends With Benefits co-star Justin Timberlake in her native tongue, at this press conference for the launch of the movie in Russia. Questioning why Timberlake wanted to be an actor when he was already famous, Kunis viciously turned the tables on the reporter. Even Timberlake, listening through an interpreter, seemed quietly scared. At least she was on his side.

One press conference, and a star was born. The British press knew of Mourinho - of course, given that he had won the Champions' League with Porto the previous season, famously knocking out Alex Ferguson's Manchester United, complete with knee slide celebration at Old Trafford - but as soon as he uttered the phrase "I am not one out of the bottle - I think I'm a special one", they knew they'd found someone who would write their back pages for them for many years to come.

No one could have predicted that Tiger Woods - the clean cut star who destroyed all before him on a golf course - was secretly indulging in a little off-fairway action of his own, despite having a wife and two kids at home. After a series of lurid newspaper revelations, he was forced to issue a public mea culpa - and this excruciating 13 minute-long press conference was the result, ending in Woods hugging everyone he could find. That's it Tiger, a few hugs and everything will be fine. His wife Elin left him later that year. Hugs not that effective then.

If swearing like Joe Kinnear isn't your thing, then this is how to start a press conference. After University of Michigan women's basketball coach Kevin Borseth had seen his team squander an 20-point lead against the University of Wisconsin to lose a match, he launched into his post-match duties by throwing papers on the floor, tearing off his glasses and launching into a heartfelt, emotional tirade. At the end he apologised. No need, Kev, we've all felt like this after a particularly unfair Football Manager capitulation, you were well within your rights.

Italian coach Trapattoni is still regarded as a legend in Bavaria after this emotional press conference in 1998, in which he criticised the attitudes of players Mehmet Scholl and Mario Basler, together with the perennially injured Thomas Strunz - accusing them of letting down their teammates and fans. However, while his words were in German, his grammar and word order were Italian, which resulted in unintentionally hilarious statements ("These players were weak like a bottle empty!"). It's good that he 'have many nice colleagues' though, that's something to fall back on.

Mr. President has to do a lot of these things - apparently it's an unavoidable part of the job. But what he really doesn't like is being interrupted. Barack made an example of one poor soul during this 2012 briefing, getting visibly annoyed at his asking of a question before he had finished. We wouldn't advise getting on the wrong side of a US President - you can't even bring out the line "yeah, you and whose army?" during an argument as he does actually have one.

We all knew that, much as throughout his campaign, Donald Trump’s presidency was going to be a constant stream of lies and propaganda, but no one was quite prepared for how utterly blatant it was going to be. The very first press conference of his time in office saw Sean Spicer tell a 100% whopper when he claimed, with a straight face, that it was “the largest audience to ever witness an inauguration, period, both in person and around the globe,” despite mountains of evidence to the contrary. Still, start as you mean to go on, with the number of false or misleading claims, two years into his presidency, standing at an incredible 7,645. Does he even know what’s real anymore?