Tarantino may be working on a Django/Zorro crossover movie

Django has an unusual new sidekick 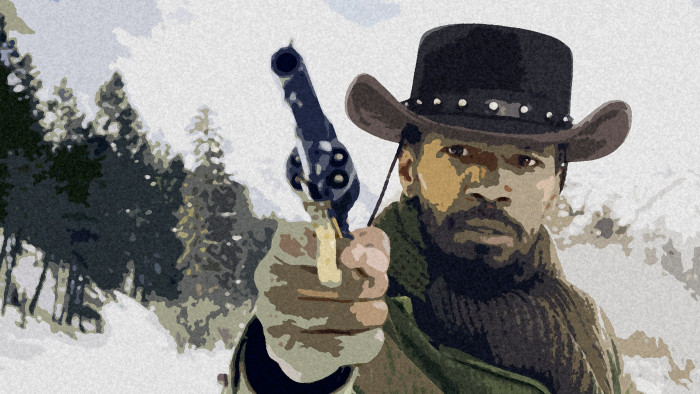 Even the biggest Tarantino fans amongst you may not have known that in 2014 he co-authored a comic book based on his film Django Unchained.

It saw Django team up with Zorro (yes, really), and was co-written by Django Unchained producer Reginald Hudlin and Matt Wanger, a Batman and The Monster Men writer.

If you weren’t already aware of this graphic novel, you’re about to be – because a Django/Zorro crossover film could be about to hit your screens.

The book is set years after the Django Unchained’s action. Django has found a home for him and his wife Broomhilda, and sets off to work as a bounty hunter. It’s here he meets Zorro (at this point pretty elderly) who he pledges to protect as they try to free more people from slavery.

Complex reports “one source overheard a conversation between Tarantino and Sony chief Tom Rothman during the Cannes Film Festival, which seemed to suggest the project was moving forward and that Rothman was excited about its direction”.

No details yet on whether Tarantino himself will be at the helm, though Complex also suggests that it’s more likely he’ll serve as executive producer as he did with the Hostel films.

Tarantino’s latest project is out soon, too, so superfans still have something to tide them over. Once Upon A Time In... Hollywood is Tarantino’s "love letter to LA" – and has already proved controversial due to its depiction of Sharon Tate, who was brutally murdered by the Manson Family in the 1960s. The film is out in August.

Next, vote for the best Tarantino movie: Is Jackie Brown really better than Pulp Fiction?