Shortlist sits down with the Star Wars star ahead of the game’s big release. 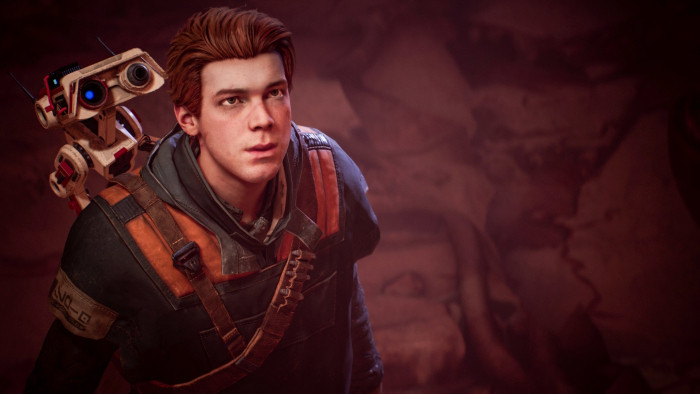 Becoming a jedi is probably the number one fantasy for any Star Wars fan - a dream that has become a reality for actor Cameron Monaghan.

The star, best known for playing the Joker-esque Jerome Valeska in US TV series Gotham, has turned his back on the darkness to become Padawan Cal Kestis in the franchise’s upcoming video game.

Star Wars Jedi: Fallen Order is a single-player action-adventure game that follows the last surviving Jedi (Monaghan) who is on the run from the Galactic Empire.

The Shameless actor admits that he definitely has made a name for himself taking on characters with “challenging” backstories - but, it’s a category he also thinks Fallen Order’s Cal Kestis falls into.

“I think I have a history of playing young men with difficult pasts and showing how that’s affected them along with how they learn to deal with it,” he tells us. “That is something that has always fascinated me and interested me with Cal, too. It was a vital part of his story and the portrayal of him for me.”

Plus, it’s clear from our chat with him, that Monaghan is first and foremost a fan who, just like many fans playing Fallen Order, grew up watching the Star Wars films.

“I always liked video games… and being a part of the Star Wars universe and Star Wars franchise is just extremely interesting as well. It’s just exciting to be part of it,” he adds.

“I think that at the end of the day, with the Batman franchise and with Star Wars, it helps that I was a big fan of the universes myself. In many ways, I am part of that same fan group.”

And with Cal Kestis, Monaghan thinks fans will love the opportunity to watch the jedi-in-training grow as a character as they through the game.

“I think that it is a lot of kids dreams to be able to be a jedi and swing a lightsaber about,” he laughs. “But beyond him being a jedi, he's a really interesting character.

“Ultimately, it’s a very personal journey for Cal. So, what is important is that you are right there by his side as you see him in many ways coming of age.”

So, beyond apart from him being a real-life jedi, what is Monaghan’s favourite part of the game? The music, apparently.

“I think they did a fantastic job of keeping John Williams’ motifs and themes for the Star Wars universe,” says Monaghan. “It’s extremely well-executed. They recorded live orchestral music at Abbey Road for a lot of it and the quality, and work they put into composing and arranging it is really impressive. It adds so much to the game.”

Star Wars Jedi: Fallen Order is available to pre-order now on PS4, Xbox One and PC, and will be officially released on 15 November.