He has no regrets about his decision 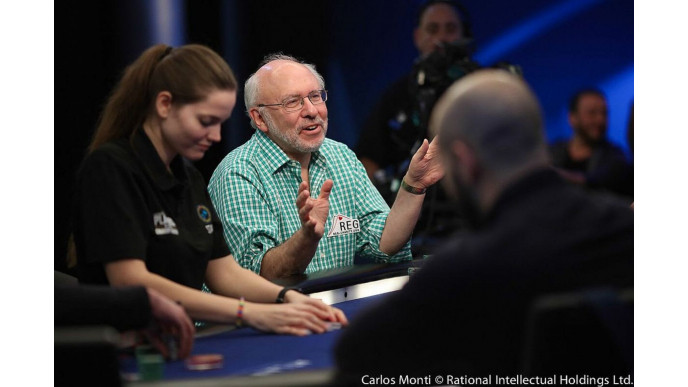 The mainstream poker boom of the early 2000s might be over, but while it’s not in the news as much, there’s still a ridiculous amount of money in the game.

More than 15 years on from Chris Moneymaker’s famous World Series of Poker win, the game has already seen more than 10 players become $1m richer in 2019 alone.

Wellenbach, a practising Buddhist who works as a translator of Tibetan and Sanskrit texts, finished third out of more than 600 players at the PokerStars Caribbean Adventure, a tournament in the Bahamas which cost $10,000 (£7,746) to enter but which he qualified for after winning an online ‘satellite’ tournament.

His previous best result, a £54,000 score at a tournament in Barcelona in 2017, also went straight to charity, telling PokerStarshe was keen to support “women’s education and feeding people who are hungry”.

The winnings have gone to a variety of organisations, including some Buddhist charities as well as Oxfam and Doctors without borders, and he told the BBC he saw such donations as a way to “rationalise” his decision to play poker.

“For many, many years now now I’ve been giving all my net profit… to charity, for a number of reasons,” he said.

“First, I’m in a very fortunate position, I’m able to do this. The job… covers my living expenses, and also I’ve been very fortunate investing in the last number of decades, so I’m financially comfortable.”

A number of other poker players have donated a portion of their winnings to charity, and Wellenbach was wearing a patch supporting REG – a charity fundraising non-profit set up by a group of poker players – throughout his appearance at the final table.