Samsung Galaxy Fold 2 set to be a Motorola Razr rival

And there maybe another Huawei Mate X on the cards, too 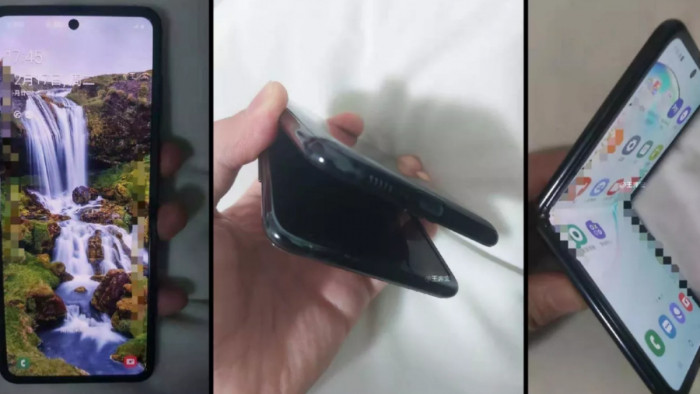 The concept of creating a foldable device that’s viable as a product has been an ongoing conundrum for phone makers in recent years. There’s no doubt that Samsung has created the first design that consumers would feel happy purchasing (in the form of the Galaxy Fold), but it seems that there’s already a second model in the works.

Only last month Motorola unveiled their vertically folding Razr-inspired design, but now the cycle of refinement among its competitors continues, as supposedly leaked images of the new Samsung have surfaced.

Circulating on Chinese social media (and brought to our attention via Weibo by way of Ice Universe) the photos seem to show a similar clam shell design. Now, there’s every chance this is a prototype or possibly not a Samsung handset at all given the limited information we have.

That being said, it does seem to corroborate reporting by Bloomberg which said Samsung’s Galaxy Fold would be followed by a pair of additional foldable devices.

Bloomberg also reported that the next Galaxy Fold would come to market around the same time as its predecessor and would feature the 108-megapixel camera and 5x zoom expected on the Galaxy S11.

The news comes as a number of outlets have reported that Chinese tech giant Huawei is already planning to release an upgraded version of the Mate X (which was only released a matter of months ago).

According to Frandroid - who spoke to Richard Yu, Huawei’s leader of consumer business - Huawei is planning their next release for early 2020.

It goes on to suggest that the next generation will come with an improved hinge, even stronger screen and a considerably faster processor.

As for whether these Android-based rumours are true? If the information is correct, we’ll only have a matter of months to wait to find out.