Salad Fingers is back and as creepy as ever

Armed with as many rusty spoons as he can carry 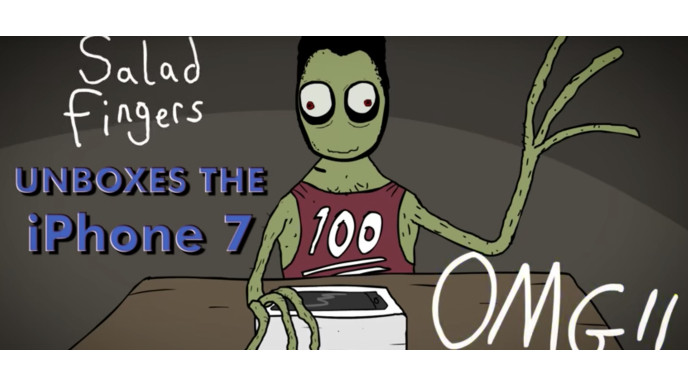 Back in the early noughties, the internet was somewhat more wild than it is in 2019. Most of us now spend our time flipping between the same few apps, and we don’t tend to spend much time looking for the weird, wonderful oddities that defined our early online experiences. Algorithms basically serve us more of the same – when was the last time Spotify recommended you something really out there, for example?

So in such a sanitised internet landscape, you’ll be happy to hear that one of the 2000s very weirdest inhabitants is back. Salad Fingers – famed for his creepy voice, love of rusty spoons and, er, salad fingers – is being taken out of retirement by creator David Firth.

First released in 2004, Salad Fingers was viral before viral was even a thing – and for many teenagers, watching the series was a genuinely disturbing experience.

And now? He’s back. Firth dropped the trailer on his Twitter earlier this week and it looks like the character is as unnerving as ever.

And judging by the 37,000 likes, people are pretty excited about it.

Firth will be releasing the new episode not on YouTube, but on his Patreon, a fundraising page he set up to support his work.

“This stuff is all really hard work,” Firth wrote on the page. “Youtube ads are a small help, but unless you are putting multiple vids a week, they pay very little. An average project takes WEEKS to MONTHS of solid work, yet roughly makes around $1 per 1000 views in ad revenue. That isn’t much, especially as Youtube doesn’t tend to feature much animation since the “viewer engagement” doesn’t typically reach their standards.”

“To make a living from Youtube revenue I would have to really start cutting corners and making broader stuff to get more views. That is not my style.”

Nearly 2000 people are currently supporting Firth’s work – if you want to be one of them, click here.