Getting back on the horse 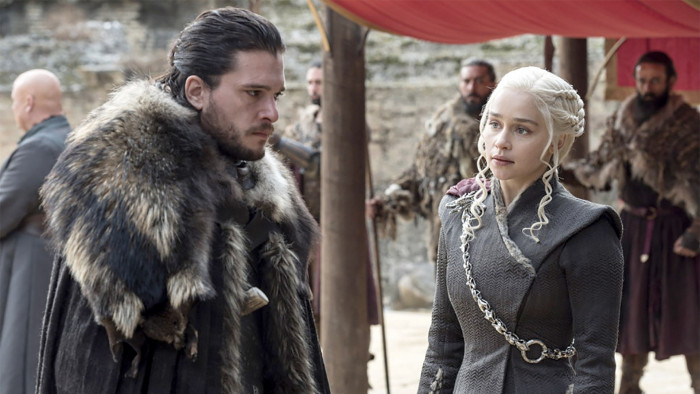 If you haven’t got over HBO’s Dungeons and Dragons Eastenders coming to an end, then we have some good news. A report from Entertainment Weekly says that the network has wasted no time getting underway with filming of the first Game of Thrones spin off. Very possibly the first of many.

The site claims that filming has begun in Northern Ireland, where much of the original show was also captured.

The first spin off, rumoured to be titled The Long Night, is apparently set some 5,000 years before the events of the main series. So no: you won’t be getting some kind of odd-couple detective series starring Brienne and Podrick, disappointingly.

“Westeros is a very different place,” said the books’ author, George RR Martin, who is apparently working on the new series alongside director S.J Clarkson and showrunner Jane Goldman. “There’s no King’s Landing. There’s no Iron Throne. There are no Targaryens — Valyria has hardly begun to rise yet with its dragons and the great empire that it built. We’re dealing with a different and older world and hopefully that will be part of the fun of the series.”

So no return for Emilia Clarke, Peter Dinklage, Kit Harington, Lena Headley, or even Lovejoy, then. Instead, the new cast is said to be led by King Kong’s Naomi Watts who is apparently “a charismatic socialite hiding a dark secret.” Also reportedly cast: Jamie Campbell Bower, Georgie Henley and Miranda Richardson.

Of course, if the show has only just started filming, you won’t be watching this spin off for at least a year, and probably a bit longer given the success HBO enjoyed with spring scheduling. The best TV shows on Netflix might help keep you busy until 2021...