Exclusive: 5 Of The Most Surprising Things About HBO’s Watchmen, According To Regina King

We chat to the one and only Sister Night. 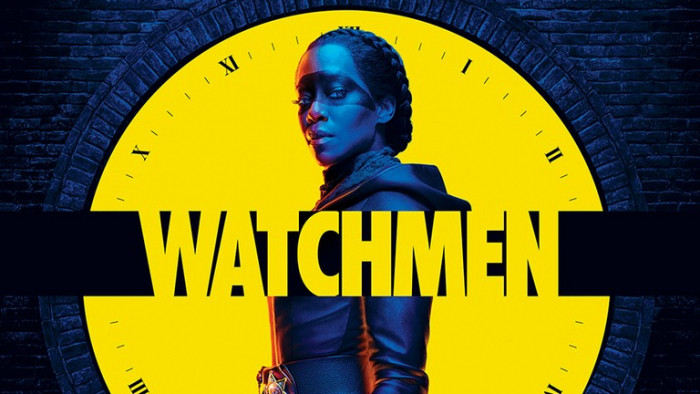 HBO’s Watchmen series, which comes to a close this week, is a superhero show where the superheroes, erm, don’t actually have any super powers.

It’s just one of the surprises about the trippy action drama that has given the show, based on Alan Moore (not credited) and Dave Gibbons original graphic novel, huge critical praise.
Rather than retelling any Watchmen stories which have come before it, Watchmen manages to tell an all-new, adult story, alluding to the original comic but featuring new characters, new plot and a drip-fed mystery.
The latter is perhaps not such a surprise, given that the show is created by TV drama powerhouse and OG sparker of fan theories, Lost’s Damon Lindelof.

Regina King revels in the lead of the show as Angela Abar, also known as undercover masked hero Sister Night - one such new character. She’s rounded and intriguing: part vigilante, part cop, and all absorbing.

Leading with an entirely new character wasn’t the only welcome surprise in Watchmen, though.
“I think the writers are aware that our audiences are smarter than you think,” King tells Shortlist, of the intelligent, unravelling thriller, “You don't have to spell it all out.”
The series opened with a flashback to the horrific real-life American event of the Black Wall Street Massacre of 1921, which saw the wealthiest black community in America destroyed in what has been described as “the single worst incident of racial violence in American history".
Flipping back to its alternate present day, the show is set 34 years after the events of the Watchmen comic books, where violent vigilantes have since been outlawed and detectives are investigating a white supremacist group threatening Tulsa. It’s twist-laden, bold, masterful TV.
Here, Regina King reveals the five things that will shock you the most about HBO’s spin on capes and crime-fighting…
The entire series of Watchmen is available on Sky Atlantic. Catch up on Sky on demand and on Now TV.

1. The show depicts real-life historical stories of the black experience in the US which aren’t talked about enough

“When I read the first five pages of the script, I was like, ‘Wow, Damon is doing black Wall Street!’ I've never seen the Tulsa massacre be depicted. My sister and I have a production company we talked about, you know, we've got to tell more stories about the black experience in America that's not about slavery. And that was one of the stories we had talked about: the Harlem Renaissance. To see that this real, true, historical event was the entry point into this alternate history was was fantastic to me, and surprising because I'd never seen it on screen until I was reading it in that moment. That was probably the biggest moment that made me say, 'Wow, about time!'”

2. Sister Night is like Han Solo – and has no super powers

“They're super skills. I think that makes it more approachable; more relatable. You're already in an alternate universe, so, if you're not a person that already loves the superhero genre, it could be hard to pull you in. But when it’s about people that are heroic, but don't have superpowers, that makes you feel like you can be heroic as well. I think that's why we always loved Harrison Ford so much as Han Solo or as Indiana Jones - because he was a real human, doing heroic things. And I think that's why we love those characters so much. Sister Night is like Han Solo!”

3. The Watchmen world exists in an alternate history, grounded in reality, but with some significant tweaks…

“I love that in this world we were able to beat climate change, and that we no longer have cell phones. Those two things I thought were cool. I mean, I'm addicted to my cell phone. I'd much rather lose my wallet and then my cell phone!”

4. And that world rains squids

“In our alternate history, that's just a regular day. In our world. it's just like hailstones. I knew that because Watchmen was a comic book, there’s going to be weird shit - the significance of the squid is in the comic book. All of those squids are put in in post-production, so when we're filming, we’re just like looking at nothing.”

5. Sister Night’s look is going to be a cosplay favourite – but isn’t actually very practical

“The way that skirt billows when I walk, it just feels so powerful. To have a cape-type skirt as opposed to a cape around the neck, it still felt womanly – but it was a pain in the ass sometimes. In a lot of the fight scenes, and when I was running, I took a few spills because that skirt would get wrapped up in things. And if you’re going to dress up as Sister Night, if you can, definitely make sure it’s a cotton version, because that leather is hot.”