Tottenham’s stadium opening has been delayed yet again

The first game there could be the biggest one left 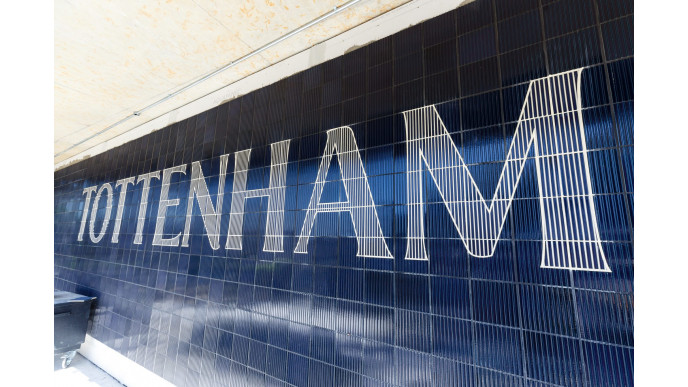 We know Tottenham’s new stadium exists. We’ve seen the photos and might have even walked past the structure ourselves, and yet the club continues to give us reasons to have our doubts.

The revamped White Hart Lane, with its cheese room and microbrewery (yes, really), was initially projected to be ready for the start of the 2018/19 Premier League season.

Well, it’s now 2019 and we’re still waiting… and we’re likely to be waiting even longer than we were led to believe.

The new ground (well, the old ground, but made newer) is now not expected to open until March at the earliest, meaning the first game there could well be the North London Derby against Arsenal on the second of that month.

According to a new statement from the club, a number of building test dates are still being confirmed, meaning the next three home league games will be played at the club’s temporary home of Wembley Stadium, where Harry Kane et al have launched an unlikely challenge on multiple fronts.

The home leg of Spurs’ Champions League last 16 game against Borussia Dortmund will also take place at the national stadium, as will an FA Cup fifth round fixture if the club progresses and gets a home draw.

Tottenham have spent the last 18 months at Wembley as building work goes on, with the exception of a league cup game this season where they had to use MK Dons’ ground Stadium:MK.

However, the delay has meant the attendance at league games has been restricted to 51,000, with season ticket holders offered the opportunity to get refunds on a game-by-game basis.

Wembley is only permitted to hold a certain number of games with its full 90,000 capacity, and Spurs will surely be desperate to move into the new 61,000-capacity White Hart Lane sooner rather than later to avoid being restricted to 51,000 for any of their bigger late-season fixtures.

After all, more than 80,000 turned up to spur their team on (pun intended) to a 1-0 victory over Arsenal last season - a half-empty ground for a game of that stature just wouldn’t cut it.

However, there are rumours that the police would not allow a first game at the stadium to be a fixture as potentially explosive as the North London derby, meaning that it may not be until 16 March that the first game - against Crystal Palace - could be played.

If that were the case, that would give Spurs a maximum of five league games that could be played there this season.