Everything you need to know about OPPO’s latest phone. 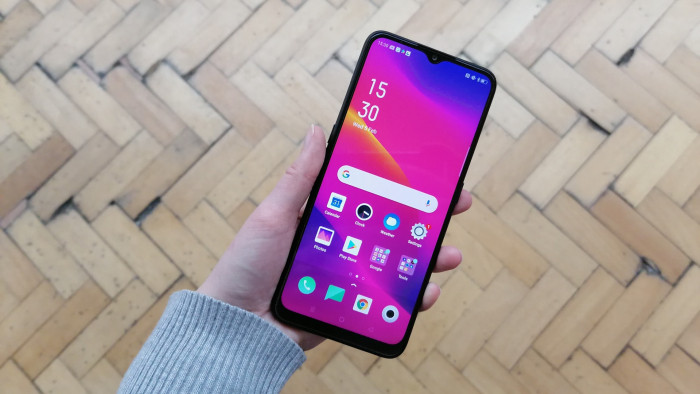 OPPO may be relatively new to the UK but the Chinese tech company has quickly made a name for itself for making sleek-looking smartphones at a fraction of the price of the big brands.

Having had great success with their flagship Reno 10X Zoom and the mid-priced RX17 Pro last year, OPPO is back with an even more affordable option.

The OPPO A5 is available now for £179.99, but carry on reading to see why we think this is one of the best cheap phones around right now.

The display on the A5 2020 is a decent 6.5 inches making it a fantastic companion for those long commutes where a couple of Netflix episodes are needed.And, although the screen does have a small waterdrop notch for the front-facing camera, OPPO have still managed to get a screen-to-body ratio of 89%.

To make using your phone on the go more pleasant, OPPO have designed a ‘sunlight screen’ to ensure that you can still read your screen in even the strongest sunshine. There are also a number of useful brightness features which change the temperature of the screen.

Another handy feature is called ‘Night Shield’ that filters out blue light from the screen. You can even set a scheduled time for the shield to come on so that blue light is not being emitted from the screen when you should really be winding down for the night. Ideal if you already struggle with going to bed at a sensible time.

Due to the fingerprint sensor’s proximity to the camera, we did have a tendency to smudge the lens when trying to unlock the phone. However, it’s a relatively minor issue considering how fast the phone unlocks and we do reckon that as you got more familiar with the phone, you’d likely do this less and less. Moving the sensor further down would ruin the flow of the design of the phone’s back. There’s also the option of Face ID or a simple passcode if you’d prefer to use them.

While we’re talking about fingerprints, the body of the phone does quickly smudge. OPPO does provide a clear silicone case with the phone but it does detract from the design and the handset looks a little less sleek.

One of the best features of the A5 2020 is its battery life. The phone will easily survive a full day thanks to its 5000mAh Ultra Battery - even if you intend to spend it binge watching back-to-back episodes of your latest TV obsession.

It also has a number of the usual energy-saving modes that will help extend that battery life, which include an aptly-named Power Saving Mode and an auto-brightness setting to stop you burning through charge unnecessarily.

The A5 2020 has a total of five cameras, which if we’re honest might be overkill. There’s a 12MP rear main lens for maximum photo resolution. An Ultra Wide 119° rear lens for panoramic pictures. Two further 2MP rear lens and a 8MP front lens, with the option to add ‘beautification’ filters including ‘face-thinning’ and ‘touch up’, if you’re into that.

The front lens and rear 12MP lens are both decent cameras, and while the wide angle lens softens the photo ever so slightly, we still enjoyed what you could do the shots. If you’re someone who likes taking landscape, cityscapes or architectural photos then you’ll probably get a good amount of fun experimenting with the wide angle lens.

There’s also a little noise in the photos when it comes to the night mode, but it’s pretty minor when you consider the price of the phone.

5. Storage a Plenty, too

Another impressive feature of this OPPO phone is the ample storage. Not only are there slots for two SIM cards but a MicroSD, too. This allows you to boost your 64GB to a substantial 320GB of storage, which is plenty of space for all your files. The extra storage also makes it an excellent option for a work phone, or for someone who prefers to keep everything in one place.

Available in black and white, the A5’s design is as simple as its colour options. And while the design is simple, the handset does look pretty sleek making it look much more expensive than its price tag.

OPPO claims the phone’s 3D ergonomic body has been designed for a thinner visual appearance and better grip - and we have to agree. Our reviewer has a pretty small handspan but the A5 2020’s size didn’t prove too much of a struggle even when faced with the challenge of typing one handed on a packed rush-hour tube.

For the same reason, we also expected the fingerprint sensor to be awkward to reach but the movement actually felt fairly natural (when using our index finger, at least). Once you have unlocked the phone, the interface is logical and user-friendly (even for a long-time Apple user).