Get your hands on an absolute bargain 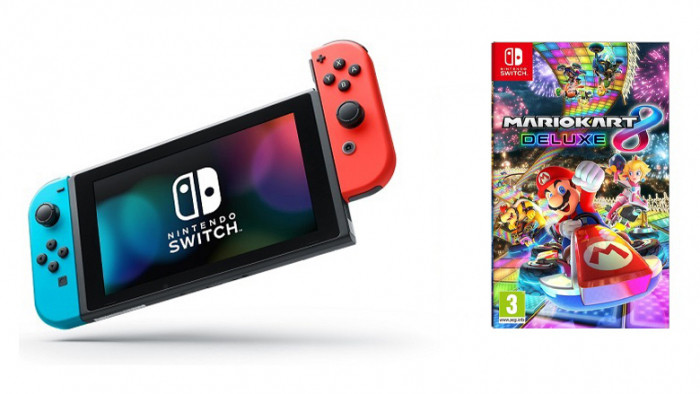 Everyone loves a bargain. Everyone also loves the epic racing adventure that is Mario Kart (unless you’re some kind of sadist). So, imagine our reaction when we heard Nintendo was combining the two as part of a ridiculously good looking Nintendo Switch Black Friday deal.

Yup, for $299.99 (around you’ll be able to get your paws on a Switch console bundle that comes complete with a free download code for Mario Kart 8 Deluxe.

The only downside? The deal applies to the older HAC-001 version of the console, which has since been superseded by a version with an improved battery life.

If you recall, the original model had a battery life ranging from 2.5 to 6.5 hours. So, for gaming fans who spend more time playing their Switch from the confines of their home than on-the-go, this might just be the bargain for you.

As for when it’s set to launch? Well, you can expect to see it popping up online from 28 November - to cater to Americans looking for a bargain after indulging in a little too much Thanksgiving turkey.

Confirmed in an advert released by US retailer Target, the deal is also expected to land on Amazon - so keep your eyes peeled.

A host of other gaming deals are also expected to launch alongside this latest offering, so Switch fans can expect to see other price cuts starting the evening before on 27 November.

Some games will see a massive $20 cut from their original price tags, meaning you could pick one up for as little as $39.99.

As for titles, you can expect to see savings on Super Mario Odyssey, Super Mario Party, The Legend of Zelda: Breath of the Wild, Splatoon 2, Donkey Kong Country: Tropical Freeze, Mario Tennis Aces, Kirby Star Allies, Octopath Traveler and Wolfenstein 2: The New Colossus to name but a view.

Intrigued? You certainly should be.