New Loki and Black Widow trailers: the future of the MCU looks amazing

More Marvel than you can shake a superhero stick at. 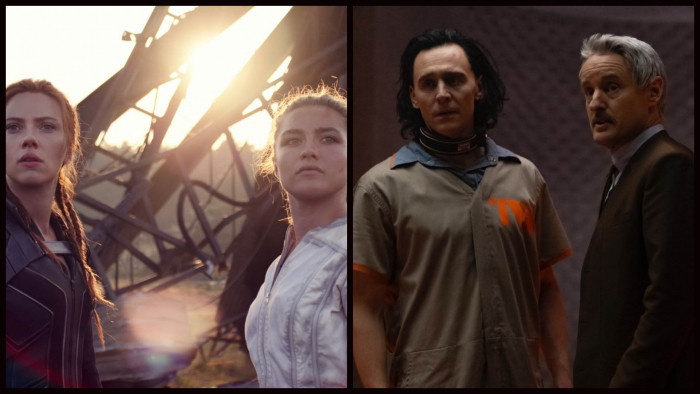 The MCU is spread between TV and movies right now and looking at the two latest trailers from Marvel's catalogue, you wouldn't know it. That's because the production values of both look absolutely amazing.

It's been a long wait for Black Widow. It's a movie that should have been out a year ago, but because of Covid-shaped delays we have to wait until July to see the movie. At least we are getting the choice of whether to watch it on the big screen or through Disney Plus' premium streaming tier.

The latest trailer has some new footage and we get to see the big bad, Taskmaster (not Greg Davies). We also see glimpses of the other stars in the movie, including Florence Pugh, Ray Winstone, David Harbour and Rachel Weisz.

The next Marvel trailer is a really fun one. Loki is the upcoming TV show that focuses on Thor's mischievous brother. Tom Hiddleston is back as the trickster and by the looks of the latest trailer, this will be one epic Marvel TV show.

It will be the third Marvel TV show related to the MCU and it's very different looking to both Wandavision and the currently streaming The Falcon And The Winter Soldier.

Loki is another six-episode arc (like The Falcon...) and this one is set to tie into Doctor Strange In The Multiverse Of Madness.

He's enlisted by a shadowy team called the TVA, run by Owen Wilson, who jump through time to right wrongs.

Loki looks fantastic and, given it has a budget similar to The Mandalorian, is pretty much going to be a six-hour movie.

Because of the Covid-related shift, Loki is now coming out before Black Widow - it will begin streaming 11 June. Black Widow will be on the big screen and Disney Plus' premium tier 9 July.