Things are hotting up for the new Marvel movie. 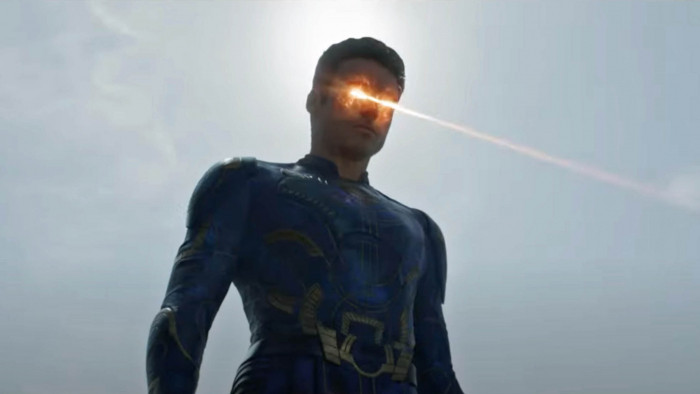 If you have been watching the various Eternals teaser so far, then you know that they all follow a similar beat. We get epic action, a swooping score, amazing landscapes and then a quip or two to prove to the world that the movie won't be all serious.

With the new Eternals teaser, we get all of the above - as well as a thinly veiled jibe towards DC's biggest superhero, Superman.

We are now just two months away from another Marvel movie. With Shang-Chi And The Ten Golden Rings still in cinemas, it doesn't feel quite right that another Marvel epic is coming along to replace it, but with Covid scuppering release dates for the biggest movies - Eternals was meant to be out February 2021 - this is the situation we find ourselves in.

With eight weeks to release, then, Marvel's marketing machine has kicked into gear and the latest teaser shows the gang fighting giant monsters, fighting exploding.

It's epic stuff, dramatic stuff that's given a light-hearted slant when the son of Phastos (Brian Tyree Henry) excitedly explaining that he saw the Superman-like Ikaris (Richard Madden) on TV "with the cape, shooting laser beams".

Ikaris, who is definitely not the Scottish Superman, replies: "I don't wear a cape."

While Eternals' official plot has been kept under wraps, there are hints suggesting that the story will be two-fold, following the superheroes in the past when they were an Avengers-like team and now in the present when they are splintered and have to regroup to take on the Deviants.