More Dolby Atmos albums are incoming - and they sound amazing

No wonder Apple is a big fan of the tech. 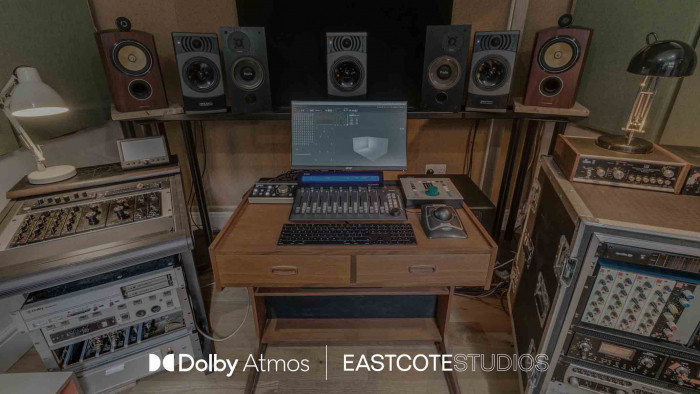 One of the biggest music announcements in recent years was Apple's latest audio reveal, 'spatial audio'. The premise is simple: it makes music sound multi-dimensional and the beating heart of this tech is Dolby Atmos.

The audio upgrade is available for free for subscribers to Apple Music and can be heard through any headphones, the built-in speakers on your iPhone, iPad or Mac, and with Apple TV 4K.

And while it sounds great on any song, there are a number of new releases being released specifically mixed for Atmos, and that's where things get really interesting.

You've no doubt heard Dolby Atmos in a cinema near you - if you've been lucky enough to get back to the big screen, that is. It's pretty hard to miss - the 7.1-audio mix makes it feel like things are happening above you and all around.

It's immersive and now more and more music producers are getting in on the act.

Atmos hits us with its rhythm stick

ShortList recently visited Eastcote Studios in London, which has embraced Dolby Atmos in its mixing. The studio is one of the best around - set up by Chaz Jankel from Ian Dury & The Blockheads some 40 years ago, it's seen the likes of Massive Attack (who recorded their brilliant debut album Blue Lines there), Arctic Moneys and Adele in its halls.

We were shown around the Atmos-infused mixing desk by Dyre Gormsen - a Grammy-nominated sound engineer who, alongside studio owner Martin Terefe, has created the new mix and mastering facility, Eastcote Mastering - and sat down to hear some recently mastered tracks.

Yellow Face by Henjila was the first track we heard. Already available through Apple Music, it's a deeply personal pop song about racism the singer endured while at school - and like all great songs it bathes brutality in beauty.

Yellow Face soars in the mix. In front of us we could see the different speakers, which were working to produce the Atmos sound, light up when an instrument hit them and it was a brilliant experience.

The song isn't the only one mastered using Dolby Atmos. Jack Savoretti’s new album Europiana was recorded in Atmos at the studio and we also heard Open Chest by Sitrekin, her first English-speaking song.

Much like what Dolby has been doing with redefining cinema audio, Eastcote Studios proves that the tech can also do wonders for music, making it sound like it's all around you. Given the lack of gigs and live music we have all suffered through for the last 18 months or so, that can only be a good thing.