'Last Christmas' is the greatest Christmas song, so I made a 25-minute long version 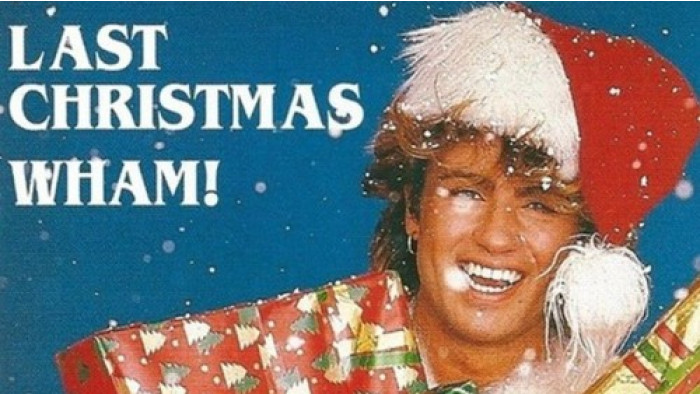 No matter how much fun Christmas Day is this year, it will be a day tinged with sadness, for it will mark the first anniversary of the death of George Michael.

I remember idly checking Twitter at about 5pm, turkey dinner fully despatched and then seeing the deeply sad news: that we had lost yet another musical icon in 2016.

Out of all of them, George was the one that hit home the hardest. Prince and Bowie I obviously hugely respected as artists - and Prince in particular was one of the greatest live acts I’d ever seen - but I’d not been a full-on die-hard fan of either of them. But George was closer to me. A true pop genius; I struggle to think of a single decent pop club night I’ve been to where you haven’t heard a Wham! track or one of his solo songs at some point in the night.

And, of course, he was a true all-round artist; the likes of ‘Jesus to a Child’ are heart-rending, beautiful songs - upbeat, downbeat, lighthearted, serious: musically George could do it all effortlessly, even with an orchestra during the Symphonica tour - the last he would ever undertake.

As ever, though, one of the few positives of the death of an icon is the renewed spotlight it gives to the work that they left us with, and what an absolute pleasure it was to fully dive back into the glory of George’s back catalogue at the start of last year. It was a dive that led me to the incredible discovery of an extended version of George’s eternal slinky disco banger ‘Fastlove’ which then led to my utterly ridiculous decision to make a half -hour long version of it back in April.

It was such an enjoyable process to spend hours and hours on a single song, hearing new production and vocal touches as I worked on it; it’s testament to the quality of ‘Fastlove’ that I still love it despite having probably listened to it for more than an entire day while making my re-edit.

And so, as Christmas approached, my colleague Sam urged me to consider repeating the trick - how about a stupidly long version of ‘Last Christmas’?

I was initially apprehensive. Taking what is something of a cult classic, a track that a lot of people would have forgotten about - or at least forgotten just how good it was - and creating a half-hour long immersive version of it is one thing. But to do it with such a beloved and well-known track - and that’s putting it mildly; is there anyone who doesn’t know ‘Last Christmas’? - is another thing entirely. Besides which, on purely pragmatic grounds, ‘Fastlove’ has two distinct sections as well as additional intros and outros to play with - ‘Last Christmas’ is the same four chords repeated round and round for the entirety of the song. How on earth could I keep that interesting for half an hour?

After much badgering, I decided to have a go. But if it didn’t work, it would never see the light of day.

As crazy as it sounds, it seems I underestimated George.

Is ‘Last Christmas’ the greatest Christmas song ever? The headline says definitively so, but I’m not going to argue with anyone who also claims that spot for ‘Fairytale of New York’ - and there’s room at the top of the Christmas tree for two winners. But ‘Last Christmas’ is, undoubtedly, an incredibly special song.

It fulfills pretty much every criteria of a Christmas song - major key, ‘Christmas’ in the title, sleigh bells - and yet, at its heart, it is melancholic, nostalgic and quite beautifully sad. It perfectly captures the feeling of Christmas: upbeat and happy (turkey, presents and family) and at the same time, sad and wistful (remembering those who have left us, finally stopping our busy lives for a day and taking stock of where we are in our lives).

It is, clearly, an amazing song. But, as my work progressed on a 25-minute version (half an hour seemed just that too long and, besides, 25 minutes for 25 December right?) what became equally clear what the real star of this song was: George’s vocals.

The production on ‘Last Christmas’ is pretty basic. Bit of drum machine drums, nice bit of Roland Jupiter synth (I’m guessing) with that famous riff, the aforementioned sleigh bells in the chorus, the bell synth on the post-choruses and the secret weapon - as on ‘Fastlove’ to be fair - some lovely clever bass playing which keeps the whole thing walking along nicely.

And, as previously stated: just four chords, the whole way through.

But, on top: a complete and utter vocal masterclass. That soaring chorus, just pure melody, with each successive chorus seeing George adding ever more elaborate backing vocals in, just to keep the upward trajectory of the dynamic. And the verses: so, so clever, with unexpected rhythmic twists, and a hyper-dynamic delivery, with George delivering every line with drama - witness the heartbreak, to pick but one example, of “Now I know what a fool I’ve been”.

The best is saved for the finale of the original ‘Pudding mix’ of the song though - bits that aren’t on the radio edit you’ll normally hear - where George serves up some amazing vocal flourishes, but always being mindful of the feel of the song; that is, they’re just beautifully melancholic declarations rather than needlessly showy melismas or the like - the final lyrics of “Who’ll give me something in return/Hold my heart and watch it burn/I thought you were here to stay/How can love be for a day?” are just heartbreaking.

As with ‘Fastlove’, I’ve tried to be respectful of the original structure and the way George would have wanted the lyrical narrative to progress, while still having to somehow get it from the four-and-half minutes of the ‘classic’ version up to six times that length; necessarily there’s a production trick or two in there to get it there.

You’ve heard this song a million times, but in a way, putting on a 25-minute long version forces you to listen to it. Put the tree up, dim the big light, put on the fairy lights, put this on, imagine you’re hearing it for the very first time and allow yourselves to wallow in genius.

Happy Christmas George, and to all of you.