EXCLUSIVE: Cena speaks to ShortList about why you should never question Fast! 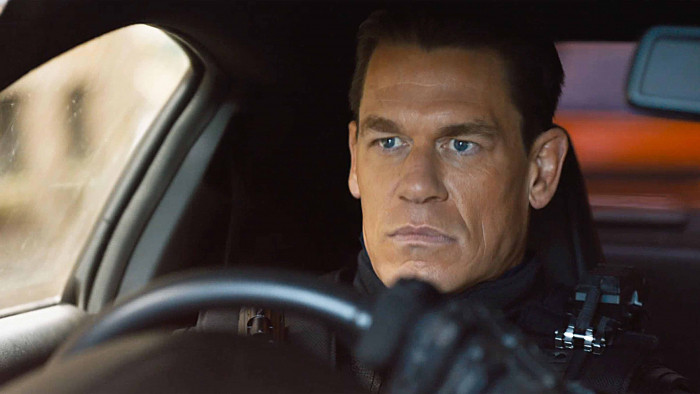 John Cena is one of a handful of wrestlers that has managed successfully the transition from fighter to actor. After flexing his muscles in The Marine, he took a step back and went down the cameo route to show the world that he not only has brilliant comic timing but he doesn't want to be type cast in the roles he chooses.

His latest effort is his biggest yet. He's joined the Fast family, putting in a great turn as the mysterious Jakob in Fast & Furious 9.

Here he chats to ShortList about the movie, why everyone is so excited to get back to the cinema and how WWE not only helped him with his acting, but his entire life.

ShortList: Fast & Furious is a well-established franchise, was there any sort of initiation process you have to undertake to get into the Fast family?

John Cena: Thank goodness there wasn't like, you know, dog poo on the handles of the car doors or anything like that. It was a visible and palpable sizing up of what my intentions were. And I like that. Coming from a world in WWE when, as a new guy, you walk into the locker room with The Undertaker or Shawn Michaels or Triple H, they are all in the corner going, 'what's this kid about?' And you get to prove yourself when you go out to perform. This was the same.
I admire Justin Lin and Vin [Diesel], for the way they structured the schedule. The first day I was there, we filmed a very dramatic scene with Vin and I and the entire cast. And I thought that was important. I don't know if it's just the stars aligning, but it was great. You can tell everybody 'I'm here for all the right reasons' till you're blue in the face. But then when you actually perform it's something different. And that one moment softened everyone up - it's like going out and having a good match. That's the beginning of the bond and of the relationship and being invited into the family.
SL: Was there any point when you read the script, did you have to sit back and go, right ‘how the hell are they going to do this?’
JC: I did but at the same time, never question Fast! The films have grown so beautifully. The rules of the film are: superheroes without capes, take the word impossible and throw it away. Now it's even like every once in a while wink at the audience, let them know that we hear them. Also, keep the story of the characters riveting and make sure everyone has purpose. And it's about family and togetherness. That's the Fast mythology.
SL: [MILD SPOILER ALERT] You play Vin Diesel's character's brother in the movie, did you try and copy any of Vin’s mannerisms for the role?
JC: This is the great thing about being absent for eight instalments. If you look back at the original, The Fast and The Furious, the cast is so young and they’ve been on a 20-year journey. So it’s obvious that there's a long period of time that Dom went without connection. And I love the fact that this movie has a prequel element to it. And it has those flashbacks because it can show the young Toretto brothers and how their bond was. But this is the great thing: it allows Jakob [Cena’s character] the freedom to become Jakob. Spending 20 years apart from someone means you know nothing about them.
SL: How has your background in wrestling helped with your acting career and with acting in general?
JC: Man, WWE has helped me be a human being. You know, WWE can be a very wonderful experience. It can also be very humbling. There is nothing to make you feel smaller than an entire arena singing ‘John Cena sucks’ at the top of their voice. I've been in front of crowds that have called me every name in the book and WWE refers to it as polarising.
But to be able to go out each and every night when the crowd is against you, you turn against them and you combat evil with evil.
I am forged as a different human being because of that experience. I'm comfortable taking big swings and risks. I'm comfortable failing in front of people, which is uncomfortable being present in that moment because I don't know what is going to happen with the audience. All of these things you have to do to be a performer.
So, yeah, not only has it helped me with my acting but WWE has also helped me with my life.

SL: This is a more serious role for you but you seem to be at ease with comedy, action and drama. But is there a genre you prefer to do? Or do you like to mix it up?
JC: The great thing about now is I get to read a lot of stories. And if a story is riveting, I want to be a part of it. I kind of know my tools and I know what I think I can offer but I read the material and if I'm riveted by the material, I don't care what my role is. I don't care how small it is, because I've done bit parts. I don't care how large it is, because those are great opportunities as well. But I just want to be a part of stuff that if I’m moved on the page, I know I at least I think it's a good story and that's going to show to you on screen.
SL: Despite being in these big franchises like Fast & Furious and The Suicide Squad, then, might we still see you in those brilliant cameos that you did in in films like Trainwreck?
JC: My philosophy is, take all calls! You should never put yourself above or below anything. ‘Hey, we have this thing we'd like you to do. It's a cameo.’ ‘Oh, I don't do that anymore.’ No, I do that as much as I can do it because you're usually invited into a star-studded cast where you can learn and become better. There's a very low risk with cameos. You don't have the weight of the world on your shoulders.
I don't ever put any opportunity beneath me you know, and I think to prove that look at me in WWE, especially towards the end. The cinematic Firefly Fun House Match, me being a fan for WrestleMania, you know, me just coming out as the Doctor of Thuganomics for a small segment.
Those all happened after two back-to-back matches with The Rock. For some that’s like going from the penthouse to the outhouse. No, I just want to be part of the show.
SL: Fast & Furious 9 has been delayed, for obvious reasons. Do you think the delay has ramped up the anticipation of the film?
JC: I never want to say the circumstances of the world have been helpful. But we're at a point where all of us just want to get back to doing the things we miss. We all love going to the movies and now after 15 months and not seeing movies [on the big screen] again, we want to go to the freaking movies. And I think it's great that Fast & Furious 9 is that marquee. I think that's like that's super important because it is a movie built for the theatres.
Hats off to Universal for waiting and being patient. It sucked as a performer. You know, we dropped the first trailer at the Superbowl two years ago and got everybody excited. But now we're here and it’s serendipitous that we all want an excuse to get to the big screen. And now we all have a great reason to go enjoy the escapism that is cinema.
Fast & Furious 9 is in cinemas now, courtesy of Universal Pictures.