EXCLUSIVE: We chat with the driving force behind Fast & Furious. 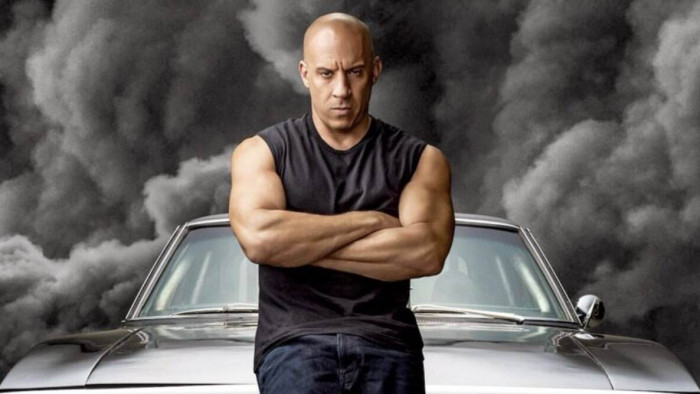 20 years. That’s how long the Fast & Furious saga has been on the big screen. Now on to its ninth movie, it’s a franchise that has only gotten bigger (and better) with time.

To celebrate the release of Fast & Furious 9 in cinemas, ShortList sat down to chat with the driving force behind Fast, Vin Diesel - star and producer of the movies.
Arguably the biggest movie star of the moment, Diesel took time out of his ridiculous schedule to chat about the movies, getting director Justin Lin back on board and how his son came up with a perfect ending for the films (although he won’t tell us if that is the one he’s going with).

ShortList: It's been 20 years since The Fast And The Furious. Did you ever think the franchise would last this long and be as big as it is now?
Vin Diesel: I had no idea. I told the studio never to do a sequel! I can't believe how wrong I was. I stand corrected. It's such a blessing, to have something that you work on, something you created 20 years ago become this worldwide saga is mind boggling. I never imagined it, and the fact that my character is 20 years older now and a father, it's just all so surreal.
SL: There are moments of Fast & Furious 9 that are just huge but there are also some great meta bits, with knowing nods to the audience. So you must have smiled so much when you first got the script.
Vin: I did, I did! You know, you just have to imagine what it must be like to create the ninth chapter of a movie where the world knows the mythology so well. You really have to dig deep and you just want to honour the fans. We have the best fans in cinematic history.

SL: Do you think what's happening in the world right now with lockdowns and Covid-19 highlights just how important escapism and seeing a movie on the big screen is for people?
Vin: You’ve hit it on the head. It's important and maybe we didn’t realise how much. We didn't realise how much we would miss that congregation, miss that escapism. When it's done as a body of people, as a community, as a collective... I think while something like sports is inherently divisive in some ways, when you come to Fast, everyone's cheering at the same time and that does something. That's a benefit to society. It's needed.
SL: Justin Lin is back in the director's chair. Was he always going to be directing this movie? And would you ever consider yourself directing a Fast & Furious?
Vin: I've already produced it, which is a lot of work [laughs]. And no, Justin didn't have any idea - he didn't believe that he was going to be directing it. But I knew that we would have the finale in Fast & Furious 10 and I knew that he needed to be the guy to wrap up this era of the mythology. And so even before I did eight with an incredible director, F Gary Gray, I knew that by the time I got to nine, I'd have to open up that path for Justin to drive this home.
SL: So, you know how the saga is going to end, then?
FF: I know how it's gonna end. We've been working on it for the last year so whenever I'm talking about it, I have to hold back. But I'll tell you a funny story: just two days ago, my son said ‘I got the perfect ending for part two of Fast 10’. I said, ‘What?’ And he said, ‘You and Brian [O'Conner, played by the late Paul Walker] are at the beginning of a race, the cars go forward, your car lifts and then you cut the movie and that's the last thing you ever see’. I was like, ‘You’re a genius! That's not bad, that's brilliant!’

Fast & Furious 9 is in cinemas now, courtesy of Universal Pictures.