Exclusive: He talks Judas and the Black Messiah and his career so far... 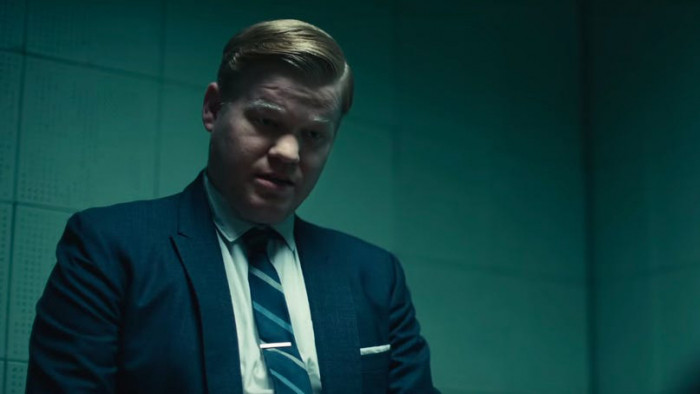 Judas and the Black Messiah is extraordinary storytelling. It focuses on the true story of how an FBI informant, William O'Neal (played by Lakeith Stanfield), infiltrated the Black Panther Party in Chicago in the late ‘60s which was led by the inspirational Fred Hampton (played by Daniel Kaluuya).

The puppet master behind the infiltration was Roy Mitchell, FBI handler to O’Neil. In the movie he’s played with shark-like precision by Jesse Plemons who, at just 32, has already shifted gears from child star to TV sensation to Hollywood leading man.

Without a doubt one of the greatest character actors this generation, he’s at home whether it’s adopting the Meth Damon accolade he was given for his time on Breaking Bad, ridiculing himself in Game Night to teaming up with Scorsese. This is something he will be doing again next (they last worked together on the Irishman), where he will be playing the lead character in serial killer drama Killers of the Flower Moon.

From Breaking Bad to playing bad, then, we spoke to Plemons about Judas and the Black Messiah and his career so far…

On the story of Judas and the Black Messiah

“I knew the basic details of Fred Hampton [before filming]. I knew he was killed but I didn’t know he was flat out assassinated by the FBI. I didn’t know what promise he had. I hadn’t heard his speeches or seen him speak - and when I did it was like James Baldwin or something.

It doesn’t take very long to realise that this individual is operating on a higher level, a higher calling. I didn’t know that much so it was mind blowing to dive into that.”

On his character, Roy Mitchell

"The way I saw Roy is that I grew up in Texas and I knew people like this, men like this who were indoctrinated in a way that totally forms who they are. There are a lot of good people that, over time, start with these little decisions that they make and they become complicit. They go along, look the other way and take the easy route.

"Roy really had a chance to be on the right side of history - at least in our version - and he just couldn’t find it in himself to take the hard way.

"There is that fine line in Roy and O’Neil’s relationship where they want to develop something that is a friendship but never will be a friendship. He knows the power dynamic and where he sits. It’s keeping absolute control over your creation."

On playing a real person

“There is always a responsibility whether the character is real or not to try and tell the truth. When you are playing a real person there is an added responsibility, especially when they are well known.

“There were a few more liberties that we could take because, yes you can Google Roy Mitchell and find some information and a photograph, but that’s it. I’m sure there’s more footage tucked away somewhere, but we weren’t able to find much. Eventually I accepted that and attempted to do shades of what his dialect might sound like, knowing where he came from.

"I took everything I had at my disposal and applied that to him but also the biggest priority was what best serves the story and what version of Roy.”

On playing the bad guy

"Is it fun to play the bad guy? Probably [laughs]. I have played a few good guys. I played Landry in Friday Night Lights… who did get into some trouble in Season 2 - okay, maybe he was morally dubious! But that was a fun character.

"In general, though, and I don’t know if it’s the way I look or something but it’s what’s presented to me. I must have something, it is fascinating territory playing these characters."

On whether or not he would go back to TV

“I never say ‘I will only do this and I’m only doing that’. I mean I probably won’t be doing sitcoms or anything but aside from that it all depends on the story, the script and who’s involved. If something comes at a time that feels right and feels like a stretch from the last thing I’ve done then I am open to pretty much anything.”

On working with Director Shaka King

“Ask any other cast member and you would not have known this was his first time directing [a big movie]. He displayed poise and command and was extremely collaborative and supportive. It’s a huge responsibility.

"As an actor we live in our own heads and we love to stew. But, for a director, it’s amplified by I don’t know how many degrees. Especially with this story and the big studio behind him. You could see it in his eyes every once in a while but he did a fantastic job.”

Judas and the Black Messiah is available to rent at home now, courtesy of Warner Bros.