While you’re probably quite used to mulling over the amount of RAM and storage space, a new wave of laptops look set to give you an unexpected choice: one screen or two?

The most interesting of these is Honeycomb Glacier, which sounds like a deliciously refreshing cocktail, but is actually the codename for a new device from Intel.

Initially, the smaller of these chunky panels sits flush with the keyboard, like a MacBook Pro touch bar that’s really let itself go. But with another swift movement, it pulls up further making your screen extra tall: just the move to pull to avoid eye contact with the person sat opposite you. More importantly, it brings the second screen to eye level, meaning you don’t need to hunch over your keyboard to see what’s going on with screen #2.

It’s just a prototype for now, but even in this state it can still moonlight as a gaming PC. Inside is a mystery (though presumably Intel) eight-core CPU, 32GB RAM and an Nvidia GeForce GTX 1070 chip.

In other words, it would be thoroughly surprising if Intel was pitching this device to feature in our best budget laptops roundup, whenever it launches. Speaking of which, no release date has been hinted at, so for the foreseeable future, I’m afraid you’ll be left struggling away with one screen like a pauper... 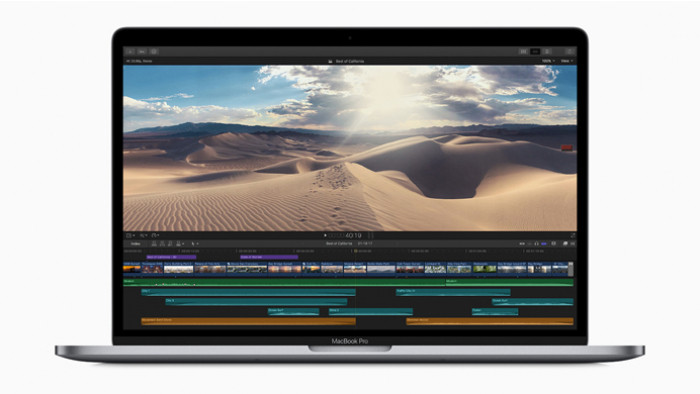