A powerful smartwatch with great looks and performance, if you are an Android user. 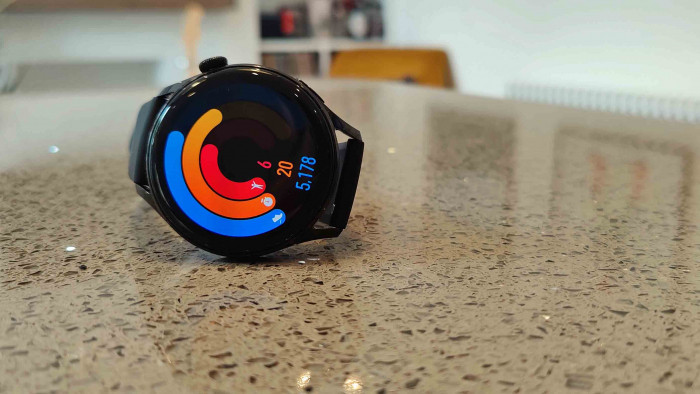 There can be no denying that Huawei has has a bumpy ride over the last few years. Restrictions have meant that its hardware offering, though undeniably premium, have come with a Google-shaped hole.

Huawei has done well to address this, kick-starting a huge amount of work into its own software ecosystem and the fruits of this can be seen in the Huawei Watch 3.

We’ve been using the watch for a number of weeks now. Has it managed to turn us from couch potato to gym bunny?

Here are 5 things to know about the Huawei Watch 3…

With its big ol’ round face, the Huawei Watch 3 is a statement piece. It looks like a watch, with its rotating crown situated on the right-hand side of the thing and there's a more discrete button underneath this. The large 1.43-inch screen (466 x 466 resolution) is bright with up to 1,000 nits making sure that you can see the thing even in direct sunlight. It’s 60Hz, too, so don’t expect any juddering here - it’s smoother than Tom Hiddleston reciting Shakespeare. And it’s pretty much bezel-free, with the screen not scared to butt right up to the edge.

Unlike some of its rivals, the aforementioned minimal bezel doesn’t rotate - that’s what the crown is for. Case wise, it’s stainless steel and ceramic and feels lovely and premium. We’ve been using the black version with a black active strap. But if you want to go really fancy, then there is also a leather strap available.

2 The software is good but you do miss certain apps

This is a big moment for Huawei. It has debuted its HarmonyOS onto a smartwatch for the first time. Before it either used Google’s Wear OS (ha, that won’t be happening again anytime soon) or its own LiteOS.

Now, this doesn’t mean that you get a vastly different experience, quite the opposite. There is a lot of familiarity here for anyone who has been using Wear OS (and WatchOS). There are a few niggles, though.

To pair the watch to your phone, then you have to use Huawei Health, which isn’t on Google Play (you have to download Huawei’s app gallery then do it that way). Huawei has tried to make it easier with a QR code for the Huawei Health app found in the box. Once we jumped this hurdle then setup was fairly simple. And this wouldn’t be a hurdle if you are using a Huawei phone, but we are sure Huawei wants all Android users to consider this smartwatch.

Once up and running, getting around the watch is a breeze and the Huawei Health app is decent to use.

Press the rotating crown once and you get the app gallery, rotating the crown allows you to zoom in and out of the apps and it’s a really nice touch. Swipe the screen to the left and you get weather information, swipe to the right and you get your tracking data, keep swiping and you head to a heart rate monitor and Sp02 measurement. Swipe up for your notifications and down for settings and the like. It’s a really nice, simple setup that means that you aren’t stuck fighting through myriad menus to get to the functions you want.

While the app gallery is great to look at, you do miss things like Spotify, Google Maps and Strava. It does try its best with its own versions of these apps (it’s even got its own Alexa-like voice control called Celia), but we look forward to it enticing more third-party apps to the party.

3 The fitness features are plentiful and detailed

Fitness is where the Huawei Watch 3 excels. It has GPS built-in so any runs we did were very accurate, as were our daily step count. Then there’s the bounty of feature options. For runners, there are a number of pre-installed running courses - from 22 minutes to fat burning. As an advocate of Couch to 5km, it’s great to see these on board and they really are a good motivator to get off the couch.

If you want to go your own way, then we found tracking to be superb. Whether it’s tracking indoor workouts - such as on a cross trainer - or outdoor ones, there is an option for pretty much all your fitness kinks including standalone triathlon tracking and one for the driving range.

Add to this an accurate heart-rate monitor, the bonus of Sp02 measurement (which is something everyone wants now the Apple Watch can do it) to sleep tracking, it really is a superb data provider for the fittest of fitness freaks.

The watch will even bark information out to you when you are tracking your running and the like. Which is bloody embarrassing to be honest. We were 15 minutes into a cross training session and it started shouting at us about our heart rate. We had to fumble sweatily through the settings to turn down the volume which seems to be set high by default.

The only reason you would want this is if you have earphones connected to the watch, so it would be good for it to automatically turn off if earphones aren’t detected.

4 Battery doesn’t disappoint but charging could be quicker

If you are using the Huawei Watch 3 to its absolute limits, then expect two days' battery life. This is in line with what we were expecting with the Huawei Watch 3 (it quotes up to three days) but you can shift the battery life quite dramatically, with some caveats. for instance, in a week where exercise was kept to a minimum (don't judge), then we nearly doubled the battery life. It still tracked things like heart rate and monitored sleep but the GPS wasn't hammered.

Take off the always on display and this also improves the battery life somewhat (there is a warning when you put this on, which does say that it will reduce battery life on the device).

If you switch to ultra-long battery life (which allows one watch face and shrinks the amount of workouts it will track) and you can get 'up to' 10 days. This is a great option for those who won't be using all the smarts all the time.

5 It's pricey but premium

Huawei has given the Huawei Watch 3 a premium price. In the UK, it's available from £349.99. As of going to press, you do get a pair of Huawei FreeBuds Pro's thrown in for free - through the official Huawei store - which does take the sting out of the price somewhat.

It puts the Huawei Watch 3 against the Apple Watch Series 6 (currently available for £379) but it does shine when it comes to build quality and features.

This doesn't feel like a smartwatch for iOS users, though - we would stick with the Apple Watch if you have an iPhone.

Huawei has built an impressive smartwatch. It's one of the best-looking smartwatches on the market, with feature galore. If you are looking for a fitness gadget as well, then this will tick pretty much most boxes - except the ECG one - and it won't disappoint as a more fashion-focused wearable.

Huawei has tried hard to make its software work for all, but there may be too many compromises to be made for some. Having key apps missing (Spotify, Google Apps, Strava) means that while you are offered alternatives, this isn't ideal.

Huawei will be hoping that now it has a dedicated app store, though, more big-name apps will be developed for its platform. Until then, it really depends how 'all in' you have gone with Huawei. If you are already within its ecosystem, then it's a no brainer.