Another reason to finally get to the gym 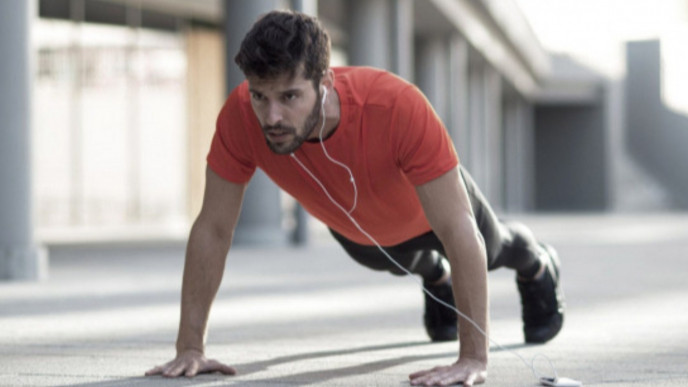 We could probably all do with exercising a bit more, couldn’t we? Going for that run we keep putting off, not letting our gym membership gather dust on the shelf – even doing a rubbish exercise video from YouTube, for god’s sake.

It’s sometimes about looking good, yes, but it’s also about health – those 1am McDonald’s and Thursday pints aren’t going to work themselves off, are they?

Anyway, it turns out that your level of fitness proficiency doesn’t just impact how embarrassingly out of breath you get when you walk up a single flight of stairs – it could also provide some very specific indicators about your health and wellbeing.

According to a new study from Harvard University, how many push-ups you can do could be an indicator of how likely you are to suffer from heart disease.

Men were asked to do push-ups in time with a 80 beats a minute metronome until they either couldn’t continue, missed three beats, or reached 80.

And those who were able to do more than 40 during this time were 96% less likely to develop a cardiovascular problem than those who could only do 10.

There are some caveats – the study only measured the push-up capabilities and cardiovascular health of middle aged men, and study authors say that they’re unsure how it could have an impact on younger and older men and women.

It’s also likely that those with a higher capacity for push-ups will also have a higher level of fitness generally, and may be making lifestyle choices to reflect that – so the push-ups themselves may not be the most significant factor.

Either way, you now have no excuse to do some exercises – push-ups are free AND you don’t even have to leave the house to do them. Win-win, we reckon.