Hipster protests his individuality, self-owns by mistaking someone else for him

All together now: "We are all different!" 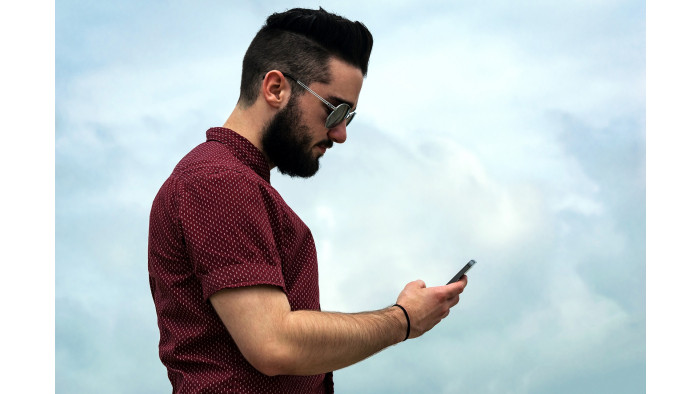 By Shortlist Team
07 March 2019
Everyone likes to think of themselves as an individual. We move in tribes, but every member of every tribe thinks that actually, actually they stick out from the crowd and are a leader rather than a follower and are clearly the most interesting one there, actually, and a free-thinking iconoclast, actually. We aren’t - if you look around London, for instance, there are clearly only about eight different people in it, just loads of versions of each of them.

Hipsters are a thing. Maybe less of a thing than they used to be, but very much A Thing. Samey dudes in checked shirts and beanies with full beards, all of whom do something vaguely related to graphic design and eat food with a lot of syllables in it. The people from the Being A Dickhead’s Cool video, but now. That lot.

(Not unrelated, read this tweet and try not to be violently sick:)

A study was done into exactly how samey these hipsters can get. Jonathan D Touboul from Brandeis Universty published the paper The Hipster Effect: When Anti-Conformists All Look The Same, which was then reported by Tech Review. They ran an image with the story, a picture of a generic hipster sourced from Getty Images, and were then contacted by someone livid that they’d used a pictire of him and “slandered” him by labeling him a hipster.

There are regulations surrounding how you can use images - whenever there’s a story about alcoholism or STIs or something, outlets will often include a “picture posed by model” disclaimer. But calling someone a hipster isn’t slander.

Tech Review editor Gideon Lichfield checked the Getty licence to ensure that they weren’t using the image without the model’s permission. And it turned out… it wasn’t the same guy who was complaining.

The gentleman who was outraged at the suggestion that he looked like a bunch of other people had accidentally confused himself with another person he looked like, proving the point about hipsters all looking the same like a dreadful idiot. Ha!

(Full disclosure: This article was typed by a bearded man in a checked shirt.)