Get the ultimate Gibson Martini at home - complete with posh pickled onions. 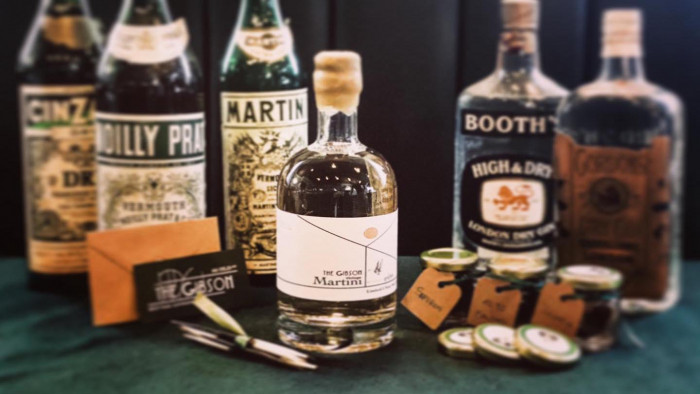 The Gibson Martini is the ultimate twist to the classic cocktail. For those with a savoury tooth, the drink is garnished with a pickled onion instead of an olive. It may only be the garnish that has changed but it significantly shifts the drink to another level.

It's a classic and was the thing that inspired the name of the The Gibson Bar in Old Street London. The bar opened five years ago and is celebrating its 5th birthday in a rather unique way.

Given that none of us can visit a cocktail bar right now, due to Covid-19 scuppering any social plans we may have had, the bar is bringing the iconic drink to the home for the first time.

"To celebrate our 5th birthday on the 20th of November we’re making something very special for you: The Gibson’s 5th Anniversary Limited Edition bundle," says Gibson Bar about its latest martini venture.

"Inside the bundle you’ll find a 500ml bottle of Gibson Martini. That’s at least 5 martinis, but, they won’t be any ordinary Gibson martinis: we’ve blended 5 vintage alcohols, aged from 50 to 100 years old - 2 rare Gins and 3 vintage Vermouths - in a ratio of 5 to 1 for a wet style martini and we’ve also added our new saffron-brined, truffled and smoked, homemade onions pickled in a 12 year old balsamic vinegar from Modena."

Given that means you will be able to make the cocktail at home for around £10 a pop, this is a fantastic deal.

The bottles are amazing, old-school in looks and sealed with beeswax. Each one is hand-labelled, signed and numbered from 1-50.

We should know as we are the proud owner of bottle number 16. We were allowed to sample the drink before its launch and it's fantastic. The accompanying pickles elevates the sharp smokiness of the cocktail, turning the whole thing into a decadent delight.

This release will be available only as 50 bottles but just 25 will actually go on sale on the 20th of November at 5.05pm at £50 each. Why the 20th November? Well, it's World Gibson Martini Day so is rather apt.

Head to The Gibson Bar's Facebook page now to see how to buy the bottles and when lockdown is over, it's well worth making a booking at the bar.