The Force is awkward 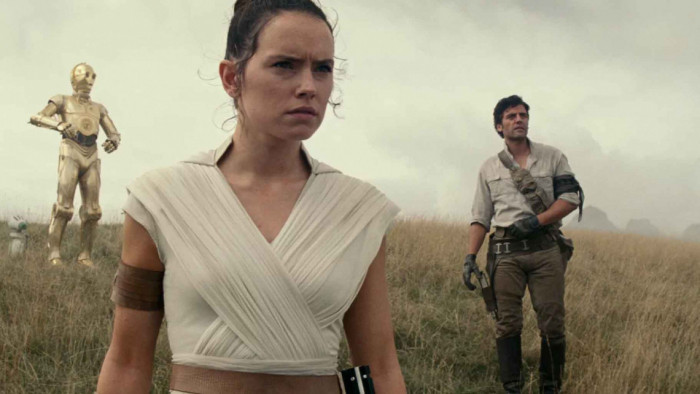 Star Wars fans across the world were absolutely besides themselves with glee when The Force Awakens was released – but there was one person who was disappointed.

According to Disney CEO Bob Iger, who's just written a book about his time at the company, Lucas "didn't hide his disappointment" about how the film had turned out.

""In each of the films in the original trilogy, it was important to him to present new worlds, new stories, new characters, and new technologies. In this one, he said, 'There weren’t enough visual or technical leaps forward'," Iger writes.

"He wasn’t wrong, but he also wasn’t appreciating the pressure we were under to give ardent fans a film that felt quintessentially Star Wars."

"We’d intentionally created a world that was visually and tonally connected to the earlier films, to not stray too far from what people loved and expected, and George was criticising us for the very thing we were trying to do."

If you've ever been party to other comments Lucas had made about Disney's handling of the films. In a pretty iffy analogy, he'd compared the Disney deal to "selling [his] kids to white slavers", and had criticised the "retro" approach the company took to the film.

"They wanted to do a retro movie. I don’t like that," he said. "Every movie I work very hard to make them completely different, with different planets, with different spaceships, make it new."

"Of course, the only way you could really [make money] is not take chances," he said. "Only do something that’s proven. You gotta remember, Star Wars came from nowhere. American Graffiti came from nowhere. There was nothing like it. Now, if you do anything that’s not a sequel or not a TV series or doesn’t look like one, they won’t do it!".

To be fair to George, he certainly chanced it when he brought Jar-Jar Binks into the world.

Agree with George? Want to defend the honour of The Force Awakens? Have your say by voting on our list of the best Star Wars films.