It's not as deep as it first seems 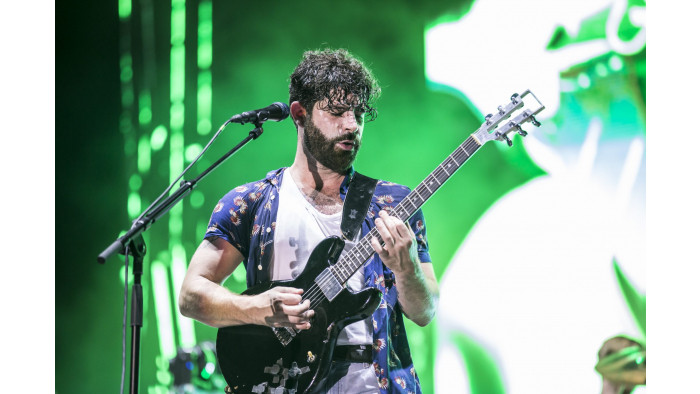 The last few years have seen a real resurgence in 90s gaming throwbacks.

We’ve seen a Crash Bandicoot remaster and have a Spyro the Dragon one on the way, while Nintendo USA have even hit that big nostalgia button by appointing a CEO named Doug Bowser.

We shouldn’t be surprised, then, to see British band Foals unveil a new album whose title is taken from an old Super Nintendo quit screen.

Foals' guide to being rockstars

The Oxford outfit have released their first album since 2015’s What Went Down, and it’s a bumper two-parter with the second part due out in September.

When you’re spending an age putting an album together, plunging all your creativity into all the music and lyrics, the title of the whole thing can sometimes be an afterthought. However, these things can come to you when you least expect.

Maybe you’ll be blowing off some steam by playing a classic version Mario Kart, having switched off your album brain, when it hits you: the perfect album title, staring you in the face.

We’re not saying that’s exactly how it happened with Foals frontman Yannis Philippakis. The lightbulb moment might have been a little more subtle, but he did still end up naming the new record Everything Not Saved Will Be Lost.

“I think what everyone likes about it is it’s got this depth to it but it just comes from Nintendo,” Philippakis told Radio X back in January.

“It was just kind of like ‘every idea that doesn’t get used we probably won’t get back to’. So in a way it’s kind of propelled us in the making of the record without knowing it because we wanted to complete everything that we started, which is why we ended up with so much music.”

However, that’s not the end of it seems the quote might not have actually been used by a real Nintendo console, but may instead originate with author T. Michael Martin’s book The End Games.

“I’m one of those people who carries around a notebook to write down quotes that are particularly meaningful to me,” Martin said in a debunking video after the quote began to do the rounds on Reddit in 2014.

“The Nintendo quote actually did not appear in the manuscript until I was doing the first huge revision for my publisher.

“I was really scared of disappointing my editor… and one of the things that helped me relax was playing Mario Galaxy, so I noticed the quote then and it was surprisingly touching to me.

“Our favourite quotes, the ones we repeat to others and to ourselves, give us a sense of narrative in a world that often seems pretty hostile to our attempts to engage in it meaningfully.”

What’s really striking is that a younger band would be less likely to come up with the title, what with more games employing an auto-save function. It’s enough to make you want to dust off the old Super Nintendo and get frustrated whenever you lose hours of progress.