Could remote control-a-like phones catch on? 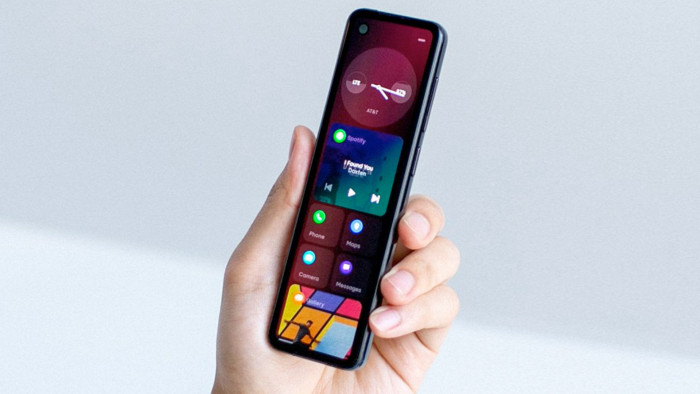 Essential’s Project Gem takes the trend for taller phones and puts it into overdrive, for a mobile that looks a bit like a futuristic remote control.

Company CEO and Google co-founder Andy Rubin teased the prototype on Twitter, and it looks like nothing you’ve used before.

The Essential Project Gem is tiny. It fits between thumb and forefinger like a dainty little trinket, rather than making you stretch your digits just to reach the other end of the screen, like so many current smartphones.

But how does it work? We’d bet it runs Android, but not Android as you know it. Project Gem uses a home page of widgets to provide easy access to features you need day-to-day, like Maps and your messages.

How will PUBG play on this thing? No idea, but stark difference is the whole point of Project Gem. Other notable bits include a dip in the back, most likely a finger scanner, and a raised single camera on the back. That back bump suggests it uses higher-end hardware rather than a basic camera sensor.

Essential also showed off the phone’s back, which uses eye-catching Colorshift finishes that change colour slightly at different angles.

Project Gem follows the original Essential Phone, a no-nonsense high-end Android that offered great value but didn’t sell in massive numbers. But will this oddball, if it ever sees a release?

The phone is in “early testing”, according to The Verge. Essential teased its first phone five months before its eventual launch, so while we almost certainly won’t see Project Gem on shelves in 2019, it may arrive next year.

Looking for your next phone? Don't miss our best mid-range smartphone camera face-off.