Edgar Wright finally reveals the inspiration behind the 'Cornetto trilogy' 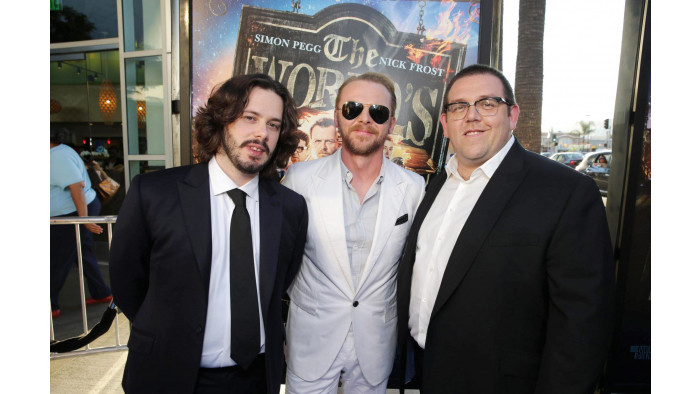 Shaun of the Dead, Hot Fuzz and The World’s End have long been known as ‘the Cornetto trilogy’, with each film featuring a sly reference to the classic British ice cream.

Fans have long speculated where the joke came from – and director Edgar Wright has finally revealed where it came from.

The revelation came as Wright reminisced about the 15th anniversary of Shaun of the Dead’s premiere. (Unfortunately we can confirm it really has been fifteen years; we can also confirm there’s nothing we do can stop the unrelenting passing of time. Sorry.).

“It was such a great night, possibly my favourite after party too,” he wrote. “I look back and wonder why we never got our shit together to take a group photo of the cast!”.

But aside from the extremely early 00s outfits on display in the pics, there was something else notable about Wright’s thread – he revealed exactly why the films all featured Cornettos.

Cornetto features so heavily, it turns out… because the cast wanted free ice cream.

You might remember Nick Frost’s character asking Simon Pegg’s to pick him up a Cornetto from the shop amidst a zombie apocalypse – and the reference led to some free ice creams.

“At the after party they gave out free Strawberry Cornettos (as featured in the movie) so me and Simon contrived to mention Cornettos in the next one as a way of getting more free ice cream next time around,” Wright explains.

And while they might not have got free ice cream the second time around, Wright did reveal that Cornetto manufacturers Walls were pretty happy at its repeated inclusion.

In an interview with Time Out, the director said that he’d had a “formal meeting with them”: “They’re very pleased with the namecheck,” he said.