The legendary racing driver reminisces about his F1 career. 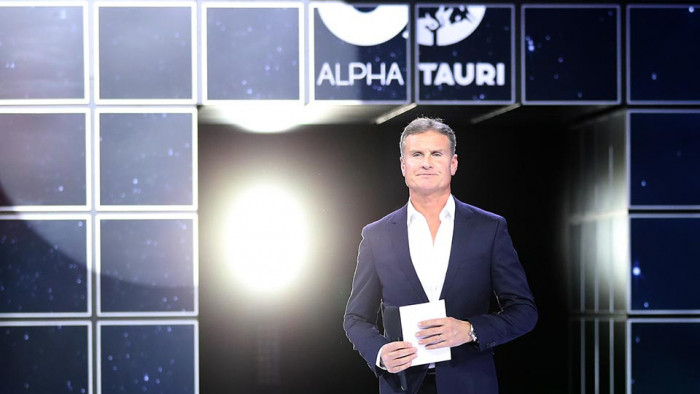 David Coulthard’s relationship with motor racing extends far beyond the cockpit of a Formula 1 car. Best known for his stints driving for teams including Williams, McLaren and at the time a newly launched Red Bull, these days he’s more likely to be found behind the mic as an F1 pundit or as the newly appointed president of the British Racing Drivers’ Club.

Perhaps equally notable is the fact that the Scot, hailing from Twynholm, Kirkcudbrightshire, comes second to Rubens Barrichello as the driver with the most career podiums without ever actually winning a World Championship.

It’s a stat that’s all the more impressive when you consider that Coulthard has taken part in 247 races and claimed 62 podiums over the course of a 14-year career in racing.

But with drivers getting behind the wheel at a younger and younger age - the youngest being Red Bull Racing’s Max Verstappen who made his debut at the tender age of 17 years and 166 days - it’s clear the parameters and norms of Formula 1 driving are constantly changing.

“I was 23 or 24 when I started in Formula 1 and I shared accommodation with mechanics, I slept on sofas and it was all slightly different,” recounts Coulthard poignantly, leaning against a balcony overlooking the private jets and F1 cars contained within Red Bull’s Hangar-7.

“I left home at 17 to follow my journey which seemed OK at the time... It was a hard lobbying journey, whereas some of the young guys now are still living at home when they get to Formula 1.”

To say the world of F1 in 2020 is an altogether more glamorous affair than the sofas of old would be but an understatement. And yet, Coulthard reckons the change has been far more than a superficial, with team and driver relationships also undergoing a shake-up in recent years.

“This Instagram generation seems a little bit more chilled about things,” Coulthard notes.”Maybe it’s because they’re younger when they arrive so it’s all happened a bit quicker - I was almost going to say easier but that feels unfair.”

“I remember when I was doing it feeling a lot more pressure, a lot more of a high-stakes environment. The drivers [today] all seem to be pretty jokey and friendly, you know? They’re buddies, which was not the case when I was racing.”

“Your teammate was your teammate, there was nothing more. There was no friendship. I am friends with [Mark] Webber or [Mika] Hakkinen or teammates like Damon [Hill] now, but we weren’t mates when we were racing.”

And with the 2020 pre-season testing in Barcelona already in full swing and FIA regulations - the rules governing F1 - remaining predominantly unchanged, we’re beginning to speculate what the grid will look like ahead of the first race in Melbourne. That being said, Coulthard also asserts that we shouldn’t take claims made by the big teams at face value.

“In [2019] there was too big of a gap between the front and the mid-grid - and then Williams were pretty bad last year… I’d love to see that second tier group closing the gap slightly so they are able to be a pain in the ass to the top teams. This is their chance with a year of stable regulations.”

“Whether they say they’re up or they’re down, it actually doesn’t matter,” he notes. “So many rumours come out of Ferrari I just don’t know. From my experience, whatever a team says, you’ve got to prove it on the racetrack.”

And so, having caught DC during a rare moment of down time, we asked the racing legend to compile a shortlist of the Formula 1 racing incidents and memories that had stuck with him over the years.

“As a kid I remember watching Formula One and seeing Nigel Mansell blow up in Adelaide when he could have won the championship, that definitely stands out as a memorable moment. I was watching on the telly and I think I would have been 14 or 15."

“Then there’s Michael and I crashing in Spa when he lost his front wheel, that stands out in my mind for obvious reasons. I remember thinking ‘why has he run into me?’ but then he obviously thought I’d slowed down to help my team mate - which wasn’t the case. But anyway, we were able to joke a lot and laugh about it afterwards, although it was quite tense at the time.”

“It’s a very personal memory again but winning Monte Carlo is something I’m very proud of because to keep the car out of the walls is quite challenging. So I’ve got a couple of victories there.”

“Myself moving over for Mika Hakkinen to win Melbourne in ‘98, that’s up there. It was confusing and upsetting and career defining. On reflection, it’s a really difficult thing to do as a sports person, to give up victory as part of your sport.”

“Villeneuve passing Schumacher round the outside in Estoril in ‘96 I think it might have been. It was madness, you just don’t do that.”

You can catch the F1 on NOW TV. Get a NOW TV pass now to see pre-season testing and more.