Highly selective, and all the better for it 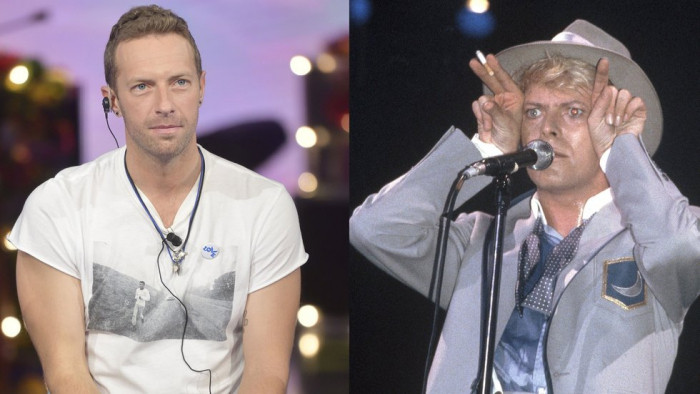 One of the key things about being a legend over the long-term is not knowing what to do, but what not to do.

An ill-advised collaboration, a less-than-excellent track, a disastrous gig, a naff advert – all of these have been enough to fell careers in the past, so one must constantly tread carefully when deciding what path to take.

Fortunately, David Bowie was one such legend who was not afraid to turn down some big things to stay true to his artistic vision.

We take a look at the smartest rejections he gave over the course of his life.

Coldplay: probably the biggest band in the world right now. Would Bowie be tempted to jump on board for another blast of easy mainstream fame? Nope. The band’s drummer Will Champion told NME that they had once asked him to record vocals for a song, but he responded saying, “It’s not a very good song, is it?”. Chris Martin tells it slightly differently, saying “He called me and said, ‘It’s not one of your best,’” but they didn’t seem to hold it against him, as Champion said, “He was very discerning – he wouldn’t just put his name to anything. I’ll give him credit for that!”

More of a rumour than a confirmed snub, but several reports suggest that the Thin White Duke turned down a part in the legendary sci-fi series. Doctor Who composer Murray Gold told Den of Geek in 2013 that he once spoke to Bowie at an ice cream stall. “I said, ‘I write music for Doctor Who,’ and he said, ‘I’m not doing it.’ I said, ‘What do you mean?’ and he said, ‘They want me to do it.’ I don’t know what it means, to this day, but that’s what he said. I don’t know in what capacity, as an actor or as a musician.” Others have suggested that he was offered the part of Sharaz Jek in Peter Davison’s last story, back in 1984, with the man himself confirming he was offered a cameo back then. Either way, Bowie has never ended up making a guest appearance with the Time Lords.

As such a legendary British artist, it’s no surprise that the establishment wanted to claim him on several occasions, but Bowie was having none of it. He was offered a CBE in 2000, but he refused it, saying at the time, “I seriously don’t know what it’s for.” Not taking the snub to heart, he was then offered a knighthood in 2003, for “having a major contribution” to British life which was “inspirational and significant… over a long period of time.” However, he held firm, saying, “I would never have any intention of accepting anything like that. It’s not what I spent my life working for.”

A musical film about himself

We don’t care who you are: if someone comes along and deems you worthy of having your own musical – about you and your amazing life - and that person happens to be the award-winning filmmaker Danny Boyle, and he’s waving a script already written by the equally brilliant Frank Cottrell Boyce, you’re going to be sorely tempted. It would take a brave man to say no. But that’s exactly what Bowie did, as he refused to allow his music to be used on the project, which Boyle described as “not really a musical, but it is”. Boyle has said that the rejection left him “in grief”, to the point that he said he took on the biopic of Steve Jobs to “fill the space in my heart left by the abandoned Bowie script”.

As with many actors in Hollywood, there are various rumours about the parts that Bowie was either considered for or, equally, considered beneath him. One which has persisted over the years is that Steven Spielberg wanted him to play the title character in his 1991 children’s classic Hook, but Bowie turned it down. The part eventually went to Dustin Hoffman, and the film was a box office smash. However, it received mixed reviews from the critics, so perhaps Bowie played the long game – again – and it paid off.

The LA funk-rockers repeatedly asked David Bowie to produce them, but he always turned them down. Singer Anthony Kiedis explained, "Every record we ever made, we had the band discussion: 'Who should we get to produce this record?' 'I don’t know, we have to try someone new. Let's get David Bowie! So in the beginning we would call him, and he would say no, respectfully. Then, later, we would write long e-mails explaining everything, and why it was time for us to really get our ships on – and he always respectfully declined... For two minutes I was heartbroken, and then I would hear Chad Smith play drums, and I’d be like, ‘We’re good, we can go do something else.'”

“We asked him to produce By the Way, as we were writing By the Way, and then we asked him again for our next record, which was Stadium [Arcadium]. He said no to us like, two or three times, but his mate [Brian] Eno, who we’ve also been asking our entire career to please produce a record for us, has said no eight times. All good. You gotta ask. And by the way, "no" is a reasonable answer. It's one of a couple of answers you could get, and it's acceptable.”

While By The Way was a pretty good record, Bowie definitely dodged a bullet on Stadium Arcadium. Once again – good judgement David.

A confirmed one this, as Bowie was offered the part of baddie Max Zorin in the 1985 Bond outing A View to a Kill, but turned it down. Embarrassingly, it was announced in early publicity for the film that Bowie would be in it, before they were forced to backtrack. He was eventually played by Christopher Walken to great effect (but not before Sting was also approached, and also turned it down) but why did he bin Bond?  “I didn’t want to spend five months watching my stunt double fall off cliffs,” he said. He instead opted to play the Goblin King in Labyrinth, and the rest is history.