Dark City, the sci-fi cult classic, is being made into a TV series

One of the most influential sci-fi movies of all time is heading to the small screen. 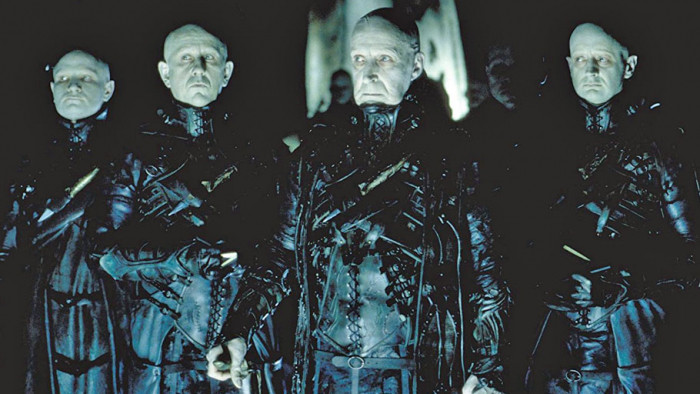 '90s cult classic Dark City is being made into a TV series, with its original director adapting the film for the small screen, it has been revealed.

A year before The Matrix changed sci-fi movies forever, Dark City made a smaller but significant stamp on the genre.

Directed by Alex Proyas (The Crow), the movie circled similar themes to The Matrix. Both focusing on a protagonist waking up in an unfamiliar world which is is inhabited by mysterious characters that seemingly control life as we know it. And both tackle heady philosophical themes of what life is, albeit in different ways.

Hell, they even look similar with their neo-noir cyberpunk backdrops, and it was later revealed that they even shared some of the same sets.

Time hasn't been as kind to Dark City as it has to The Matrix, however. But its influence on the sci-fi genre is huge. You can see hints of the movie today, with Christopher Nolan citing it as an inspiration for Inception.

Since Dark City, Proyas hasn't enjoyed the success as a director that he perhaps should but he has revealed that the film is currently being adapted into a TV series.

He broke the news while promoting another Dark City spin-off. Mask of the Evil Apparition is a short film he has made which is set in the world of Dark City. Anyone who has seen the movie will see similarities in the following plot: "A young woman with no memory searches a deserted nocturnal city looking for something or someone. Only problem is she can’t remember who or what."

As for the upcoming TV show, Proyas spoke to Bloody Disgusting about the project, explaining: “Dark City right now is really an intriguing one to me because we’re developing a series, a Dark City series…which we’re in the very early stages [of] but I’m having to re-analyse in order to construct a new story.

"I’m having to go back and kind of jog my memory as to what we actually did and what I think worked and what I think didn’t work and reevaluate my own film, so that’s been a very interesting experience as well which I’ve not done before.”

Whether or not any of its original cast members return remains to be seen. The film had some brilliant actors, including Willian Hurt, Kiefer Sutherland and Jennifer Connolly. Rufus Sewell as the protagonist was also superb and has seemingly not aged a day in the 20-something years since the movie was first released.

Oh, and the irony is not lost on us that he has to go back to "jog his memory" about Dark City, given that's pivotal to the plot of the film.

There's no word on a release date for the Dark City show, but if treated in the right way, this is something we could easily see Amazon or Netflix snap up.