Could this personal assistant job be the jammiest gig ever?

Short answer: Yes, but you have to be qualified in posing 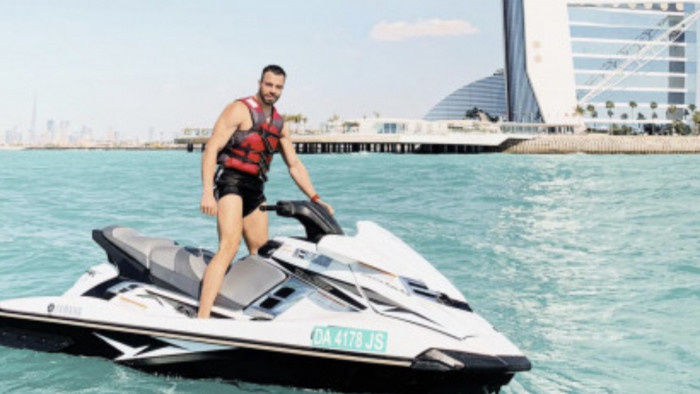 We all love to hate young millionaires don’t we? How have they done it? Parents? Annoying. Instagram? Even more annoying, because we’re all secretly pissed off that we didn’t jump on that gravy train when we should have.

So be prepared to get enraged when you hear about Matthew Lepre, a 26 year old millionaire who works in ‘e-commerce’ - which is vague enough that you just wouldn’t ask any questions and hope that he’s genuine. Lepre is hiring a personal assistant for ‘the coolest job in the world’ to help him out in his endeavours as he travels round the world, e-commercing, we guess.

He’s offering $52,000 Australian dollars for the privilege, which sounds pretty impressive until you realise that’s £28,000 in our money, which of course is still wonderful, but you do have to put up with this guy.

This is a man who deals in what my dad would call ‘knitting fog’. You can’t reeealllly pin down what he does, but he’s promising to make you a lot of money from it if you start doing the same thing. He’s one of those digital nomad guys who you run into in a cafe in Thailand who somehow makes more money than you ever have by moving stock from warehouses across the world to other warehouses across the world and you can’t fathom how it all works.

All credit to the guy, but you can see him in a VIP area in a club in Chelsea, can’t you? He owns shares in BooHoo, doesn’t he? There’s a lot of ripped jeans around, isn’t there? Plus, the Instagram captions are a genre all on their own.

Key skills to being Lepre’s assistant include organising travel, a strong social media presence, and having strong enough admin skills to help with a business that, according to Lepre, is turning over AUS$120,000 a month. Not too shabby actually, do we really hate him? Like, he’s clearly dreadful, but we’d really like that amount of money. Oh god, his tactic is working, are we signing up?

Lepre claims you’d be travelling to a different country every month with him, which sounds pretty decent to be fair. Maybe you could put up with taking pictures of him in front of sports cars for a decent salary and a few semi-holidays.

Speaking to the Daily Mail, he said “Travelling while I work has allowed me to live my ideal life, and I want to give someone the opportunity to do the same alongside me. They should be computer savvy, have proven social media qualities, organised, willing to learn and ambitious. I’m looking for someone to join in all of my adventures. I love what I do, and I love exploring new places.”

To apply for the job, subscribe to Lepre’s YouTube channel. Ahhhh, we see what he’s done here.

“Applicants need to have a good understanding on what I do which they can see through my YouTube channel.” he said. “From this week, I will be doing weekly vlogs taking my viewers behind the scenes of my life so they can see if the job is right for them.”

OK, maybe this whole thing is a clever tactic to get us all to sign up to his channel and make him more money. But maybe doing so would make us millionaires? God damn it, against our better judgement we’re interested. Damn you, Lepre!