You can thank Biff’s Jack Shack for the grub 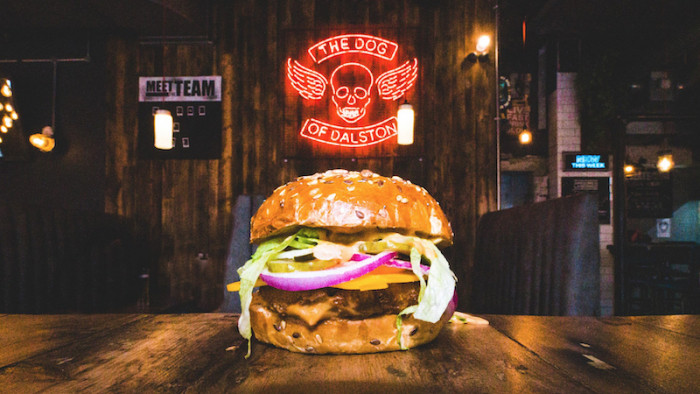 If you’re a foodie who loves nothing more than kicking back with a beer and a burger, you really are spoilt for choice when it comes to London grub. If however, you’re of a vegan persuasion, chances are that combo can be a little harder to sniff out. But not for much longer it seems.

Yes, you heard us correctly. Beer connoisseur BrewDog has announced it’s set to launch an all-vegan bar in, you guessed it, the UK's unofficial hipster capital - Dalston. And yes, it is permanent.

Teaming up with the legends at Biff’s Jack Shack, the new East London venture sees jackfruit-based junk food served up by the bucketload, with delectable offerings including an array of meat-free burgers and ‘wingz’ on offer.

Brewdog will be serving all-vegan beer at the venue - which is due to open on October 14 - with customers able to savour some of the brand’s best loved delights, including Punk IPA and Five AM Red.

For the curious among you, most beers aren’t actually vegan because fish bladders are used during the brewing process (something to do with gelatin made from their tiny swim bladders).

The burger menu is set to include the ‘Jack and Cheeze’ - which is topped with deep fried mac and cheeze, smoky BBQ pulled jack, mustardy mayo slaw and of course, a dill pickle - alongside the ‘Canadian Dip’ - a burger which includes BrewDog Punk IPA beer cheeze, bacun, a dill pickle and porcini gravy dip.

Desserts also include a tasty offering of dessert jackfruit pie with vanilla ice-cream and salted caramel.

The best part? For the first three days, it's 2-4-1 on all wingz and burgers at the fully vegan brew shack. We’re getting in line.

The new BrewDog bar is located in Dalston at 33-35 Stoke Newington Road, N16 8BJ and opens on October 14.