Back To The Future cast reuniting for 35-year charity celebration

Josh Gad is getting the crew back together. 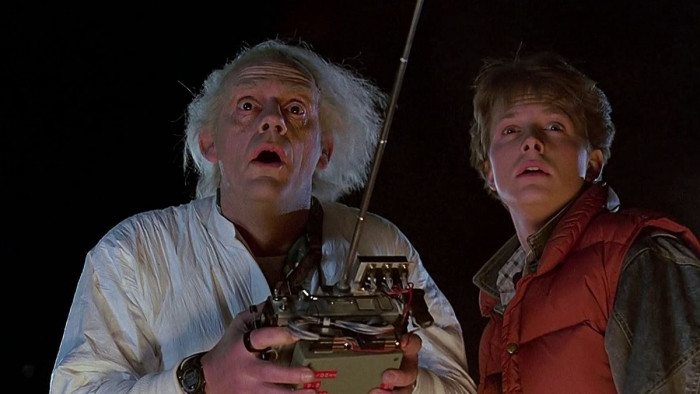 It's been some 35 years since Marty McFly and Doc Brown sped away in their DeLorean, to help make sure Marty's parents get it on otherwise he will cease to exist.

Since then there has been two sequels and a fairly successful cartoon. The writers of the movie, Robert Zemeckis and Bob Gale, have a 'no-remake' clause while they are still alive so it's unlikely we will get anything new on film anytime soon. There is a musical stage show coming, but that's on hold for obvious reasons.

We are getting something special, though, and right now. Some of the cast of Back To The Future are getting back together for Josh Gad's Reunited Apart series.

While the 35th anniversary isn't actually until July, the cast are getting together to hopefully raise some money for charity.

The news was revealed on Josh Gad's YouTube page, with Lea Thompson (Lorraine Baines. Marty's eventual mum) taking over a Zoom call Gad was having.

Unfortunately, it's not clear the exact number of cast members will appear. Thompson is confirmed, as is Christopher Lloyd and Michael J Fox. But the remaining cast have not yet been announced.

This isn't the first reunion Gad has been a part of. He recently sorted out a reunion withthe cast of The Goonies which was a lot of fun.

The Back To The Future Reunion will be just as much fun and is happening Monday 11 May, 9am PT (5.00pm BST) on Gad's YouTube channel.

To get you in the mood for the show, then head to our Back To The Future facts page.