16-year-old malt only available through Amazon 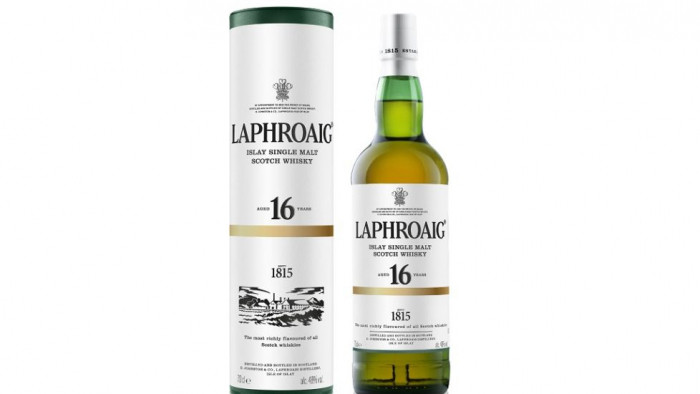 Amazon has revealed that it has teamed up with whisky titans Laphroaig and will sell an exclusive 16-year-old malt through the site.

What can you expect from the whisky drink? Well, it's going to be packed full of peaty goodness, thanks to it having been matured on Islay for 16-years in ex-bourbon barrels.

As for the taste, according to it makers it is a lovely deep copper in colour and comes with oaky spices and vanilla, as well as aromas of gorse flowers, heather and roasted chestnuts.

Given its smokey nature, expect a palate of treacle, caramel and wood smoke.

Speaking about the new whisky, John Campbell, Laphroaig distillery manager, noted: ‘Laphroaig 16-year-old is the perfect illustration of how our rich whiskies mellow as they mature. Whilst this expression carries the iconic smoke of Laphroaig, this is married with sweeter notes of honey and caramel, creating a remarkable dram that’s perfect for the long evenings of late summer and into cosier nights of autumn.’

In total, 900 9L cases have been produced - so this is something of a limited edition. And one we can't wait to get into our best whiskey tests, when it is launched 10 September. You can pre-order the whisky now for £89.99.
Amazon exclusive

Laphroaig 16 Year Old Single Malt Scotch Whisky, 70 cl
£89.00
A limited release of the iconic Islay single malt, aged for 16 years in ex-bourbon barrels and exclusive to Amazon. Our whisky making tradition has been passed down by distillery managers since the first drop rolled off the still in 1815
View now at Amazon