Listen to an exclusive clip from The Alan Partridge Podcast now 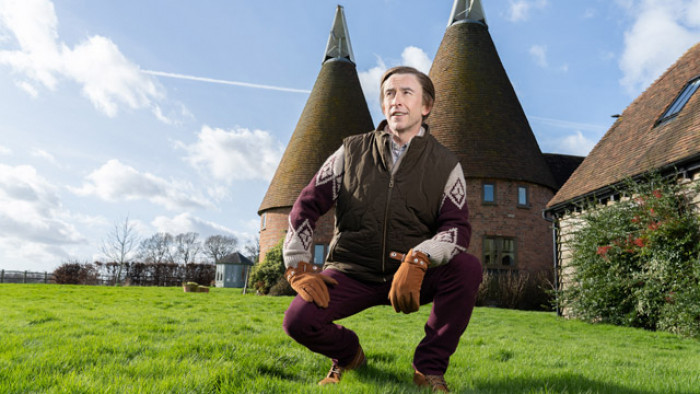 At ShortList we love a bit of Partridge and for good reason. The character, over the last (near) 30 years, has become one of the most endearing comedy creations of all time.

Alan's done it all, too. Shifting from sports presenter to talk show host, radio DJ to digital radio DJ to One Show-esque stand-in who falls out with his host and suffers an allergic reaction on 'live' TV... he's not one to shy away from trying anything to stay relevant and, more importantly, in a job.

His latest endeavour is very on trend - it's a podcast. From The Oasthouse: The Alan Partridge Podcast is an Audible exclusive that is available to pre-order now at www.audible.co.uk/partridge. It will be free for Audible users who take a trial and available to purchase through a credit for existing users.

It comprises 18 episodes which "reveal a side to Partridge that’s never been seen or heard before".

In the words of Partridge himself: “Like most people, I assumed those who hosted podcasts were pale, tech obsessed social lepers who live with their mums and couldn’t get a platform on any meaningful broadcaster so started spouting their bloated opinions into their USB microphones to flatter their groaning sense of self-importance.

"But then I spoke to a man I’d never heard of before from Audible. HE called ME and made me an offer. I countered. He came back. I countered again. In short, we hammered out the details (to my satisfaction) and the result is a series of podcasts. They’ve been described as very good/sensational.”

Much like Alan's contract negotiation, Audible contacted US and wondered if WE would be interested in a little snippet from the second episode of From The Ousthouse: The Alan Partridge Podcast.

We hammered out the details and, to our satisfaction, is the clip below. In it, Alan talks about how he shares his thoughts with a heard of Friesian cows and treats us all to a poem.

If that's got you excited about the new podcast, then all episodes will be available from Thursday 3rd September 2020.