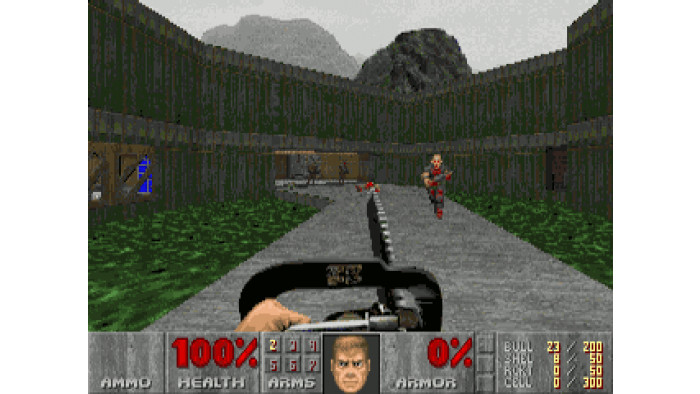 If you’re like most people, you probably played Doom in 1993, completed it and then moved on to the next thing. Quake, most likely.

But speedrunners aren’t like most people, and they don’t let old games die. They try to beat them quicker than anybody thought humanly possible using a combination of skill, accidental in-game exploits, luck and – most of all – sheer bloody mindedness to pull off the impossible.

And now that bloody-minded perseverance has come off for a speedrunner going by the name of 4shockblast, who has managed to do the three-minute mile of gaming: he’s completed the first level of Doom in eight seconds flat. And in doing so, he broke the last record of nine seconds set all the way back in 1998.

Here’s what that looks like. You probably want to moisten your eyeballs before you press play, because this is one of the few instances where the phrase “blink and you’ll miss it” can be taken as a genuine advisory.

Doom made itself quite a useful early game for kicking off the competition of speedrunning, as it comes with its own in-game clock displayed on the level completion screen, but as you’ll see that’s only rounded down to the nearest second. 4shockblast’s actual time was 8.97 seconds which should give you an idea of the kind of margins we’re talking about here – and how unlikely it is that we’ll ever see a seven-second record.

If you’re still a bit baffled as to why that’s such a big achievement, we’d recommend watching this explainer by speedrunning expert Karl ‘Sim Threat’ Jobst, who breaks down the history of the record and what 4shockblast is doing in the speedrun that make it so special. In short, it involves a lot of stuff you can’t see, like maintaining momentum, taking advantage of four-button-press zig-zag running and timing door openings just right.

If this has given you a desire to boot up Doom and party like it’s 1993, you may want to wait a little longer. This year will see the release of a new add-on pack for the 26-year-old game from the original’s co-creator, John Romero.

You can even get a special edition copy that comes with that bust of Romero’s head on a spike that you’ve always wanted. Just the thing to be silently judging you while you try and beat that eight-second record.