5 things to know about Operation Mincemeat - according to its stars 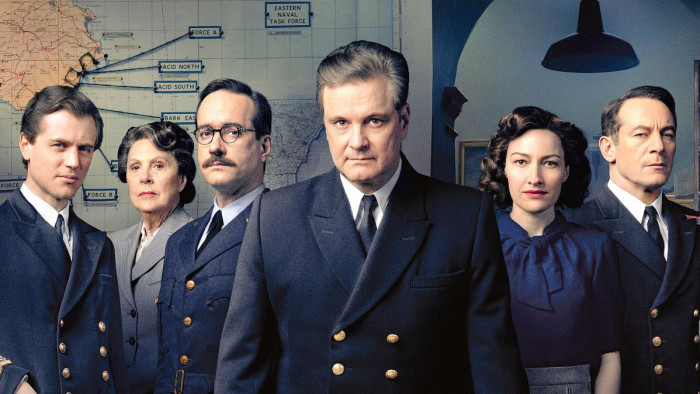 Operation Mincemeat is on the big screen now and it's a real treat. An old-school war drama, it focuses on the - frankly unbelievable - true tale of a ruse set up by the UK military in World War II to deceive Hitler. The deception involved a dead body planted with fake plans to invade Greece to deflect from the fact the real invasion would take place in Sicily.

Cast-wise, Operation Mincemeat is a who's who of British acting talent and we sat down with four of its stars to chat about the making of the movie.

Here are five things to know about Operation Mincemeat according to Jason Isaacs, who plays the suspicious Real Admiral John Godfrey (the real-life inspiration for M in the Bond movies); Colin Firth, who plays co-lead conspirator Ewen Montagu who, alongside Matthew Macfadyen's Charles Cholmondeley, came up with the plan; and Johnny Flynn who plays Ian Fleming, at the time personal assistant to John Godfrey and future James Bond author!

1. As a child, the Operation Mincemeat story fascinated Colin Firth

Colin Firth: I remember seeing the cover of the Penguin book by Ewan Montagu [The Man Who Wasn't There] and I found it incredibly mysterious. It was a figure in a Navy uniform, but with the face blank and so there was this enthralling mystery to it and I probably wasn't older than about seven or something.

I was also fascinated by the film of the same, by the figure of a spy the Nazis send to come and check everything out, which was an invented conceit but I just found the whole thing enigmatic and fascinating.

2. Playing real-life characters can be odd for an actor

Matthew Macfadyen: You feel a sort of weird responsibility but, ultimately, you have to dispense with that worry. Otherwise, you're blocked really, you can't do it. You've got to play what's in the script.

I know that the families saw Operation Mincemeat and were consulted as the script was being written, and the producers engaged with them, but it's slightly odd as an actor.

Matthew Macfadyen: It's always good having a moustache or having a bit of facial hair [when playing a part]. I find Colin was furious, though, that I had the moustache. I also had specs and smoked as well - it was good.

Colin Firth: I was tempted to go to a joke shop and get one for myself! I was campaigning for a pipe at one point. Montagu did smoke one in that tiny Room 13.

4. There's not much known about a young Ian Fleming

Johnny Flynn: With Ian Fleming, there isn't really much to go on. There's no footage of him, there's that one photograph of him at this age. And so there’s a lot of imagining this person, who was a good 15-20 years away from becoming the famous author that we know.

5. Godfrey was right about Operation Mincemeat being a bad idea

Jason Isaacs: I was aware that this particular function that Godfrey has in the film isn't necessarily based on true stories, some things are simplified and consolidated. He was the basis for M in the bond books and so I assumed that he was brilliant and his Naval Intelligence career bored that out. In our film, unfortunately, he's the one that thinks that Operation Mincemeat is a bad idea. I just had to play him as a man who was right, who's completely right. It is a terrible idea, it just had to work.

History has proved the version of Godfrey in our film wrong, but actually at the time he was right. It's like telling someone not to bet on a number in roulette - just because the number comes up doesn't mean they were wrong to advise against it.

Operation Mincemeat, directed by John Madden, is out now, courtesy of Warner Bros.