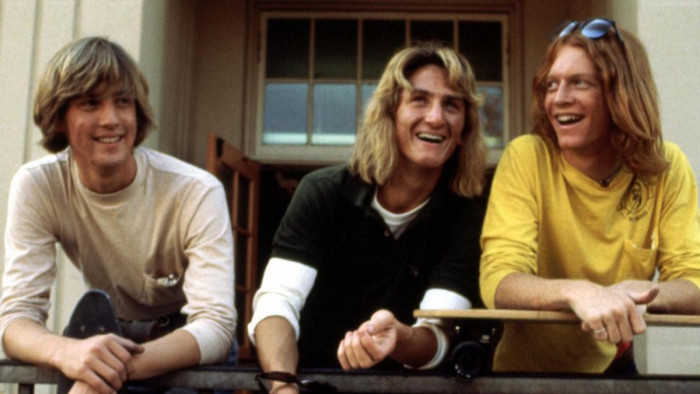 The 80s is often seen as the defining era of the teen movie. But while The Breakfast Club and Ferris Bueller's Day Off might have garnered all of the attention, it was Amy Heckerling and Cameron Crowe's 1982 comedy Fast Times At Ridgemont High that started it all.

Released to little fanfare, with many expecting it to fail, the film became a surprise hit, showing the value of the teenage market.

Nearly 40 years on, just how much do you know about the film? Probably not this much...

1. The film inspired a short-lived TV show simply called Fast Times. It featured a young Patrick Dempsey as Mike and the original actors behind Hand and Vargas. It was produced by the film's director Amy Heckerling and writer Cameron Crowe served as a creative consultant. It only lasted for seven episodes. Just have a look at the proper wacky intro below.

2. While many of you probably know that writer Cameron Crowe went undercover at a high school to write the non-fiction book upon which the film is based, it's lesser known that actress Jennifer Jason Leigh did the same thing. At the age of 20, she took a job at the actual Perry's Pizza to get into character.

3. Despite becoming a cult classic, the film wasn't received well by critics at the time. Roger Ebert referred to it as "a scuz-pit of a movie".

4. Ever the method actor, Sean Penn disappeared so far into his character that he only answered as Spicoli during filming. On the final day of the film, he went up tot he cast and crew and said "I'm Sean".

5. The original book that the film was based on was almost called Stairway To Heaven. "If I remember correctly, the publisher was unshakable in the belief that the book would be confused with the movie Stairway to Heaven which was from the 40s" Cameron Crowe later explained. "In the end, someone at Simon & Schuster came up with the title Fast Times at Ridgemont High. Originally I thought it was terrible, it boils down the metaphor of the book to a little bullet. But the more I lived with it, the more I thought, it kinda works."

6. Actors who auditioned for roles that they didn't get include Michelle Pfieffer, Carrie Fisher, Elisabeth Shue, Ally Sheedy, Ralph Macchio and Matthew Broderick.

7. Fred Gwynne, best known as Herman Munster, was originally offered the chance to play Mr. Hand but he turned it down as he was offended by the sex and drugs in the script.

8. Weirdly, David Lynch was originally offered the chance to direct. He thought the script was funny but not a great fit for him. We agree. Wholeheartedly.

9. It was director Amy Heckerling's idea to move the action to a mall, because "the mall was like the soda shop of the 1980s".

10. Before the release of the film, Vans were mainly popular with skateboarders. But after Sean Penn sported them in the film, they quickly became a national fad in the US.

11. There was no original music recorded for the film. As the budget was a low $5 million, one way to cut costs was to only use prerecorded music from Universal's library.

12. The film was originally awarded an X rating by the MPAA so cuts had to be made to secure the much more commercially viable R rating. The bit that caused offence was the sex scene between Stacy and Damone, which had included full frontal nudity before.

13. Jodie Foster was originally approached to play the role of Stacy but she was focused on her studies at Yale. The part ultimately went to Jennifer Jason Leigh.

14. After the film was a surprise success ($27 million gross from a $5 million budget), producer Art Linson was keen to work with Cameron Crowe again. They developed a "spiritual sequel" called The Wild Life which focused on teenagers post-high school. It starred Eric Stoltz, Chris Penn, Rick Moranis and Lea Thompson. Interestingly, the film hasn't been released on DVD because of music rights issues. It was co-composed by Eddie Van Halen.

15. The pizza delivery guy in the infamous classroom scene is played by Taylor Negron, who went onto become one of the most commonly used "where have I seen that guy?" actors. He can be seen in The Last Boy Scout, Seinfeld, ER, Stuart Little, Curb Your Enthusiasm and playing a pizza guy again in Amy Heckerling's recent comedy Vamps.