You don’t always need loads of screentime to make an impact... Many of the most memorable appearances in cinema history have also been among the briefest, as big-name stars take the opportunity to steal the show with a small – but perfectly formed – cameo.

You can totally see the appeal for an actor – for as tiny bit of work, you get to do something a little different to the day job and nab yourself a bit of audience adulation – while for the audience, it’s a chance to see your favourite stars in an entirely new light.

Sometimes a cameo enhances a story, at other times they’re just there to make you laugh. Here are 10 of the funniest movie cameos of all time – remember you can upvote or downvote the entries in the list to make sure your favourites are at the top!

10 of the funniest movie cameos 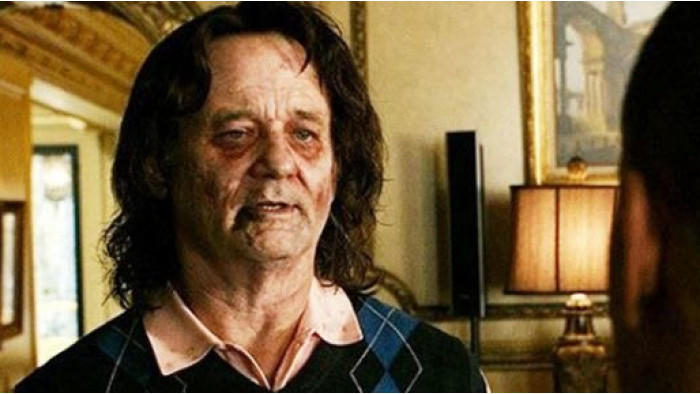 Hiring a big-name star to play themselves in a movie often feels forced, but Bill Murray’s appearance in the hit undead comedy is anything but. He may look like a zombie, but it turns out the actor is just pretending so he can blend in when he leaves the house. Screen Murray milks the adulation of Woody Harrelson’s Tallahassee brilliantly, but his cameo is tragically cut short when his attempt to sneak up on the paranoid Columbus (Jesse Eisenberg) ends with a gunshot to the chest. “I was never a very good practical joker…” Murray laments. 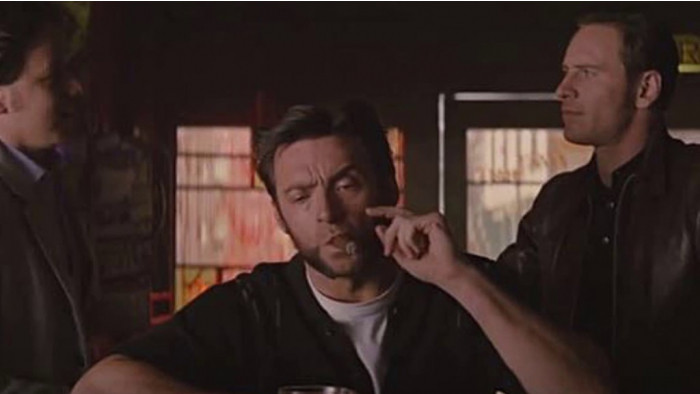 Before this year’s Dark Phoenix, the Wolverine star was the only actor to appear in every X-Men movie. That nine-film run included the briefest of cameos in the ’60s-set First Class, but Jackman makes sure his 20 seconds of screen-time count. As Charles Xavier (James McAvoy) and Erik ‘Magneto’ Lehnsherr (Michael Fassbender) embark on a fun montage of mutant recruitment, they meet their match when they find Wolvie in a bar. “Go fuck yourself,” is his, ahem, efficient response. 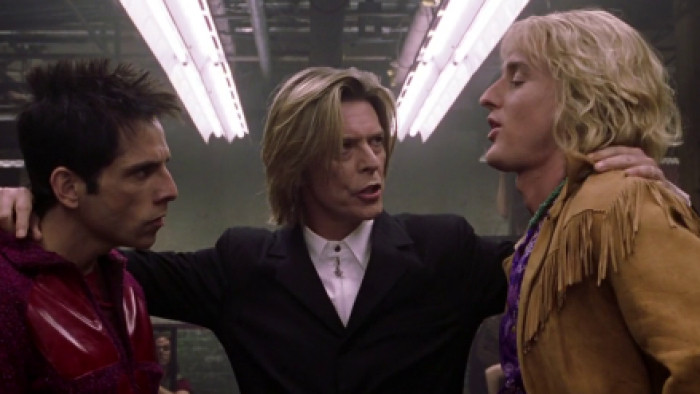 One of the most celebrity-loaded comedies of all time – “listen to your friend Billy Zane!” – tops itself when it recruits the one-and-only David Bowie. After all, who could be better to officiate a walk-off between feuding models Derek Zoolander (Ben Stiller) and Hansel (Owen Wilson)? It’s a “straight walk-off, old school rules,” he declares – and what else would you expect from the “Fashion” icon? 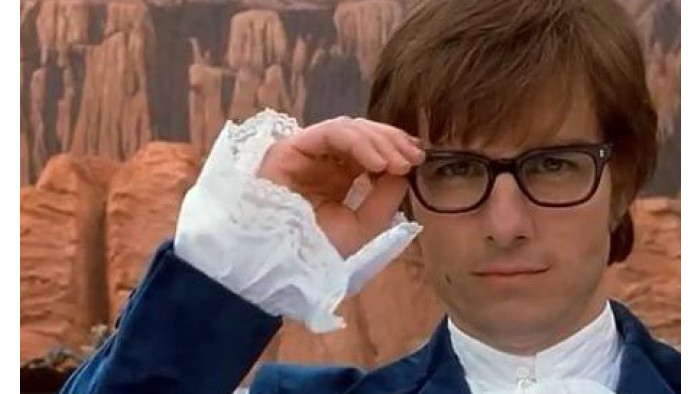 There’s something surprisingly high-tech about the guns-blazing opening of the third Austin Powers movie, a spectacular parachute/helicopter/Shaguar action sequence that feels more 007 than Powers. But then comes the big reveal… Tom Cruise is playing Austin in Austinpussy, the story of the groovy British spy’s life. The star overload is turned up when sidekick Dixie Normous turns out to be Gwyneth Paltrow, Kevin Spacey is Dr Evil, Danny DeVito is Mini-Me, and the movie-within-a-movie is directed by a certain Steven Spielberg. 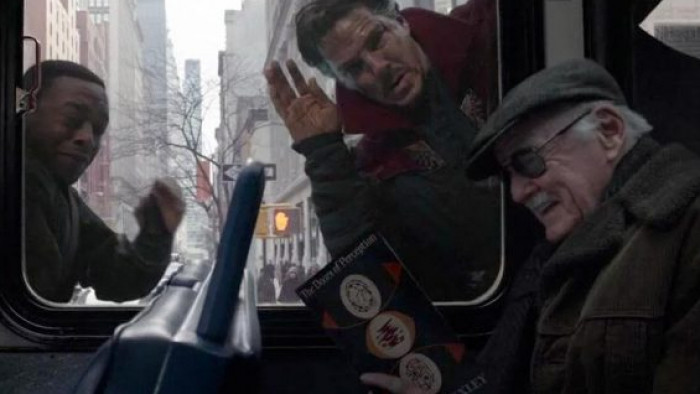 The comics legend forged an unexpected new career in the 21st century, cameoing alongside dozens of the characters he created. Though most of his appearances lasted mere seconds, many stuck in the mind, with his spot in the mid-’90s-set Captain Marvel arguably the standout. In the first Marvel movie released after his death, Lee is simply an old man reading a movie script on a commuter train. But the fact that the script is for Kevin Smith’s Mallrats – the 1995 film where the then relatively obscure Lee had a pivotal cameo – makes the moment incredibly funny, clever and poignant. 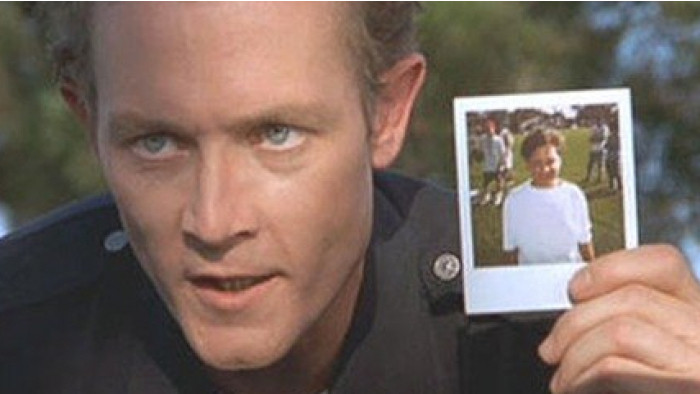 The Wayne’s World movies were never shy of the odd cameo, whether it was rock stars Alice Cooper or Aerosmith – “We’re not worthy!” – or Charlton Heston replacing a lesser actor in the final act of the sequel. But for comedy value, you can’t beat Robert Patrick’s brief appearance in Wayne’s World. Wayne’s ‘Mirthmobile’ is pulled over by a motorcycle cop, who pulls out a photo and asks “Have you seen this boy?”. He just happens to be the T-1000 from Terminator 2, so Wayne’s “Aaaarrrghh!” is probably the correct response.

UPDATE: We originally stated that Patrick was in Waynes World 2, but it is in fact Waynes World. Thanks to the legend himself Robert Patrick pointing this out on Twitter to us. We're not worthy etc. 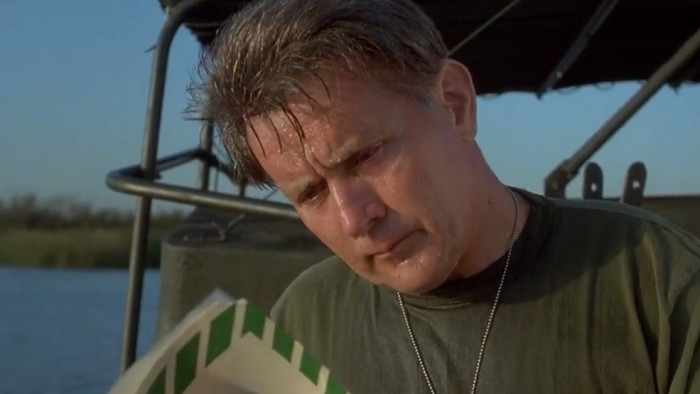 Charlie Sheen starred alongside his equally famous dad, Martin, in Oliver Stone’s Wall Street. That’s all the ammunition this spoof sequel needs for Sheen Sr’s brief cameo. As Charlie’s Topper Harley (heading up-river on a top secret mission) riffs on Martin’s iconic Apocalypse Now narration, he’s interrupted by another voiceover from his dad. “I loved you in Wall Street!” shout father and son as their boats pass. 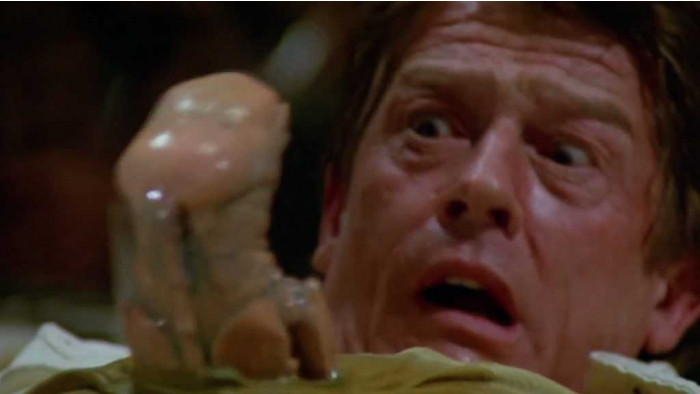 Mel Brooks’ Star Wars spoof saves its best gag until the end, as Alien star John Hurt tucks into a meal in a deep-space diner. His chest starts convulsing in a familiar manner, a tiny xenomorph bursts out of his chest, and there’s nothing else for him to say but, “Oh no, not again…”. Instead of embarking on an entire franchise’s worth of carnage, however, the creature performs a song-and-dance routine on the counter, leaving everyone in the diner to hope they didn’t order what Hurt had. 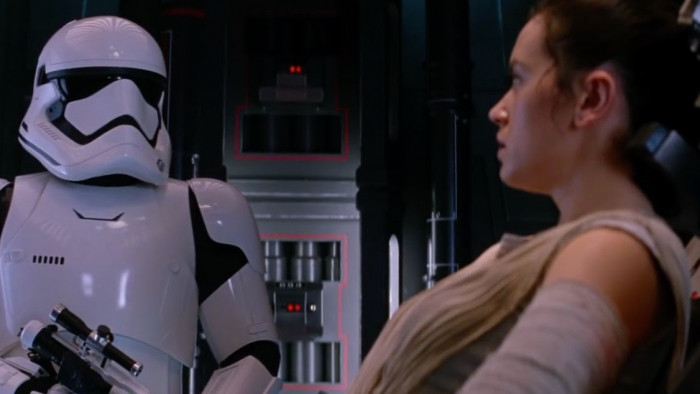 Everybody wants to play a stormtrooper in a Star Wars movie, but it turns out being James Bond is really helpful if you want it to actually happen. Craig’s appearance in The Force Awakens is uncredited, but he plays the weak-minded guard who proves remarkably susceptible to Rey’s (Daisy Ridley) first attempts at a Jedi mind trick on Starkiller Base. “I will remove these restraints and leave the cell with the door open,” he agrees – before sauntering away with a very Bond-ish swagger. 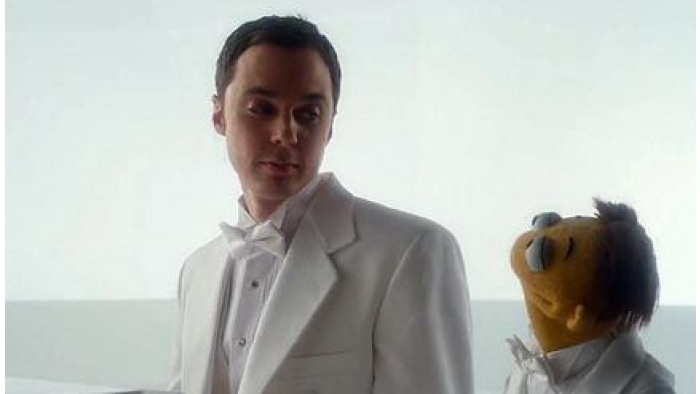 10. Jim Parsons in The Muppets

Are you a man or a Muppet? That’s the big question in the Oscar-winning showstopper of the 2011 movie. In the song (written by The Flight Of The Conchords’ Bret McKenzie), Jason Segel ponders the answer opposite a puppet reflection of himself, while his Muppet brother Walter does the same. It turns out Walter’s human reflection belongs to The Big Bang Theory’s Jim Parsons, who effortlessly channels the spirit of his felt-coated alter-ego via the medium of music.