Mobile gaming used to be a bit of a joke, a crude scattering of rudimentary time wasters played on glorified pocket calculators. Then the iPhone came along and shook the whole business up for the better - as these best iPhone games prove.

Nowadays some mobile games rival their console and PC cousins for sophistication and depth.

Of course, there’s also an awful lot of rubbish on the App Store. The rise to prominence of free to play mechanics hasn’t necessarily been good for the industry. But the following titles remain shining beacons of what the iPhone can achieve as a gaming platform.

As a quick side note, we’re not including any of the best Apple Arcade games here. Apple’s subscription service is so rich a provision that it warrants a shortlist of its own. 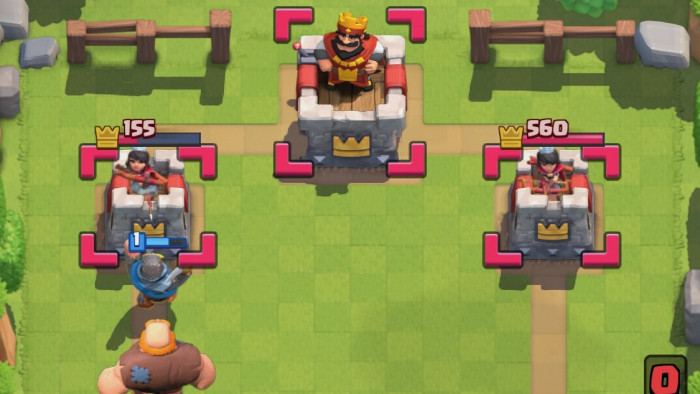 It’s difficult to overstate the impact Clash Royale made when it landed on the App Store in 2016. Here was a game that took the core ingredients of the popular MOBA genre (essentially small-scale online real time strategy scraps) and made it accessible to a more casual mobile crowd.

It does this by adding card battler and tower defence elements, which make it way more intuitive to send out your units to run the lanes and topple your opponent’s castle. 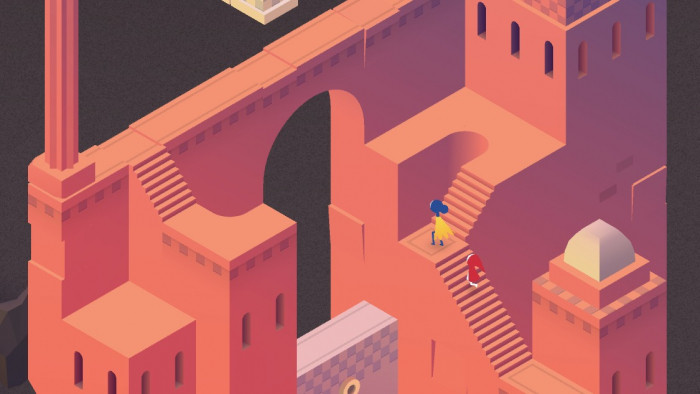 Monument Valley 2 is one of those rare video games that has managed to achieve true breakout success. It’s the kind of title even non-gamers will play, and which ends up being referenced on TV shows and in newspapers.

Part of this success is because of the game’s stunningly unique isometric art style, any screenshot of which would make for a beautiful wallpaper. But it’s also down to Monument Valley 2’s ingenious, twisting, Escher-inspired puzzles and its emotionally rich storyline. 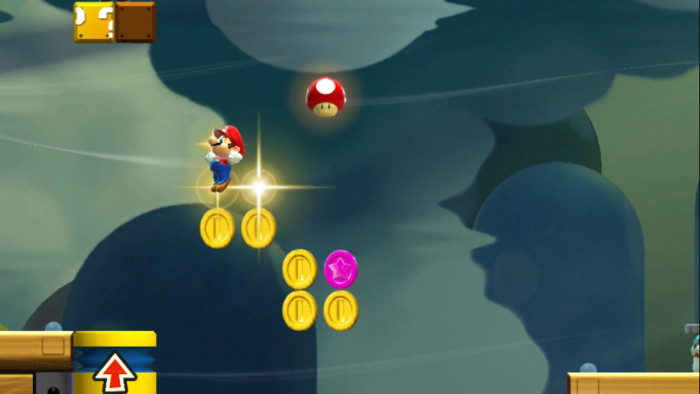 Super Mario Run hasn’t been the most successful of Nintendo’s mobile games to date. Thanks to a divisive premium pricing system, it famously fell short of the company’s expectations. But we’d argue that Nintendo’s first mobile game remains its best.

The Japanese console giant has somehow managed to distil the pure essence of Mario into a bite-sized mobile format. While there are plenty of one-finger auto-running platformers out there, none play with as much depth or tactile joy as Nintendo’s effort. 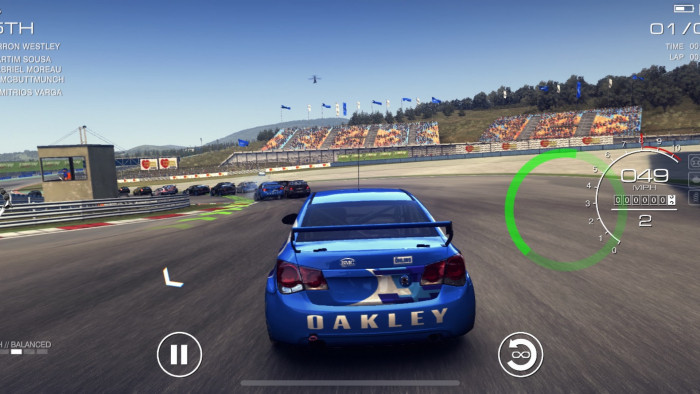 And what a racer that is, with stunningly advanced graphics and accurate driving physics that stand up to this day, as well as 100 cars and as many circuits to unlock. You’ll pay a premium price for GRID Autosport, but then it’s every inch the premium game. 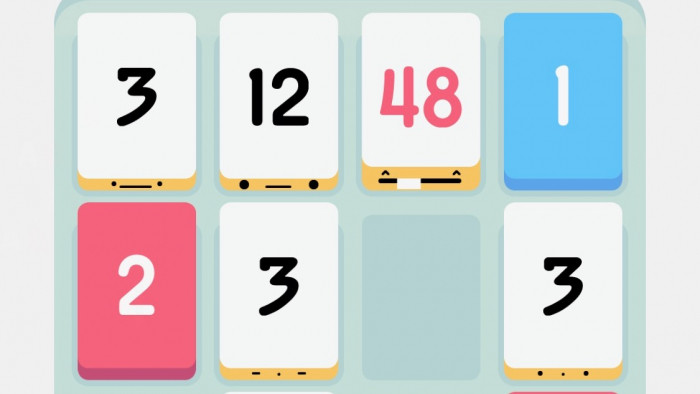 Threes! is a true App Store legend, having ushered in a whole new sub-genre of mobile puzzlers - not to mention a fair few inferior clones. The idea is to swipe on a 4x4 grid to squish together adjacent identical numbers, then do the same with the doubled up results.

Repeat until the numbers grow too monstrous (quite literally, given the art style) to match. Then start the whole thing all over again. Few iPhone games have aged as gracefully as Threes! 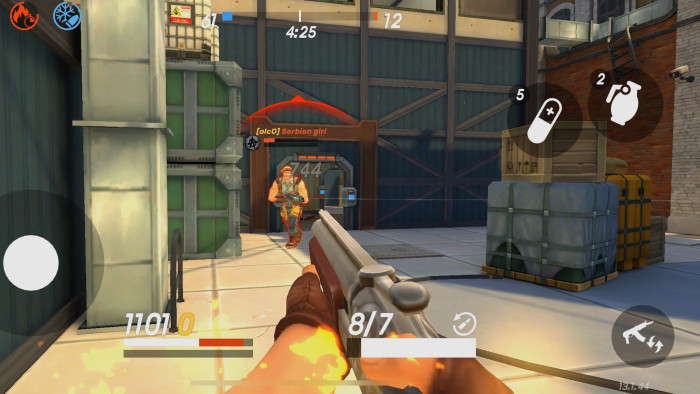 Call of Duty Mobile might be attracting all of the attention right now, but for our money Guns of Boom is the better mobile-focused online shooter. From its super-clean visual style to its nigh-on perfect controls and gunplay, this is the most natural-feeling FPS on mobile.

Guns of Boom hits that sweet spot between easy accessibility and skill, meaning you always feel victory is in your hands. The developer continues to support the game with fresh content several years into its life, too. 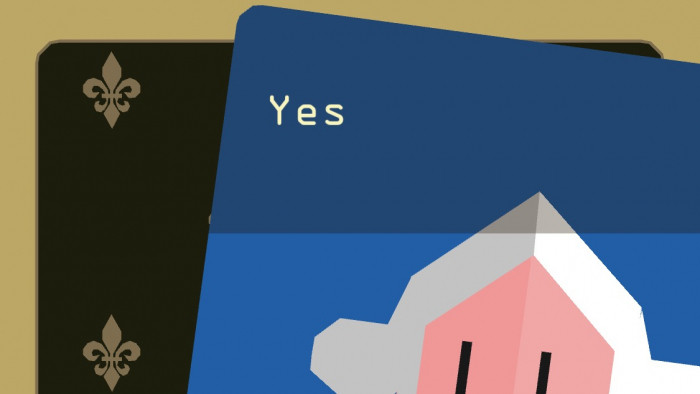 What do you get when you combine a narrative adventure game with Tinder? Wait, no. Not that. Get your mind out of the gutter. You get Reigns and its two sequels, Reigns: Her Majesty and Reigns: Game of Thrones.

The game casts you as the ruler of a fantasy-medieval land, and tasks you with moderating the power of four vying factions. This is where the Tinder part comes into play, as you swipe left or right to make a string of interconnected binary decisions - the kind of decisions that will determine your immediate fate and influence subsequent runs. 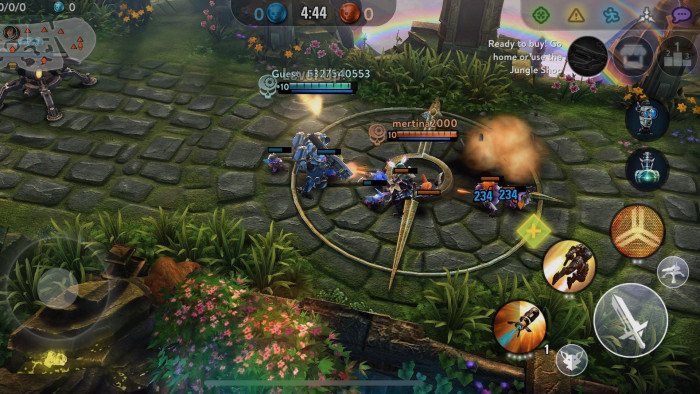 There had been several attempts to bring the multiplayer online battle arena (or MOBA) genre to mobile prior to Vainglory. But none quite managed to nail the formula until developer Super Evil Megacorp stepped into the ring.

So popular was this mash-up of real time strategy and action-RPG that it became a massive hit in the world of eSports. It remains a finely balanced, technically lavish and strategically satisfying online mobile game to this day. And you can now even play against PC and Mac players. 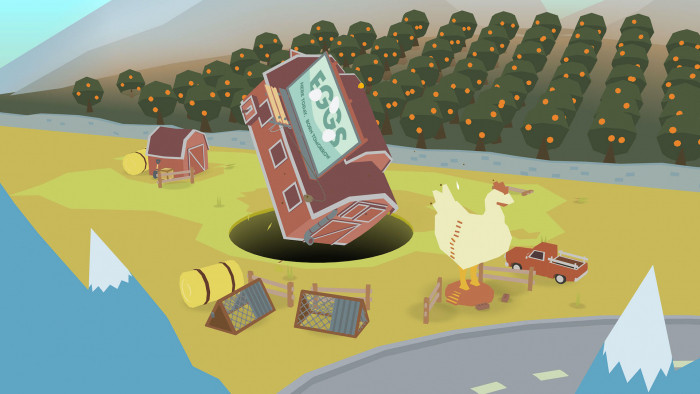 Some six years in the making, Donut County is one of the most lovingly crafted, weirdly uplifting, and just plain lovely iPhone games around. It’s all about hoovering up everyday objects using a roving hole, which in turn expands to allow you to swallow up even bigger objects. And people. And houses.

Each level is a virtual playlet of unexpected chain reactions and delightful Easter eggs. Stitching all of it together is a charmingly written story all about mischievous racoons and wanton gentrification. Like we said, it’s weird. 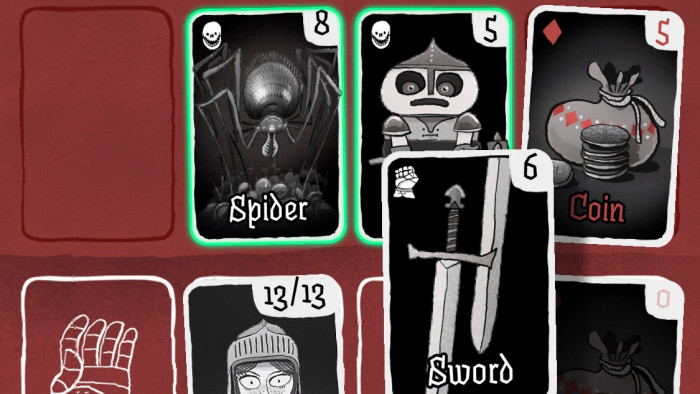 If you still associate Solitaire video games with Microsoft Windows, Card Crawl will come as a revelation. It takes the basic premise of sorting a pack of cards and melds it with RPG mechanics.

There are cards that act as defensive shields and weapons, enemy cards that need to be attacked or defended against with said tools, and special-use cards that do all manner of weird and wonderful things. It all makes for an immensely absorbing Solitaire experience.

The best open-world games for immersive gameplay in 2020