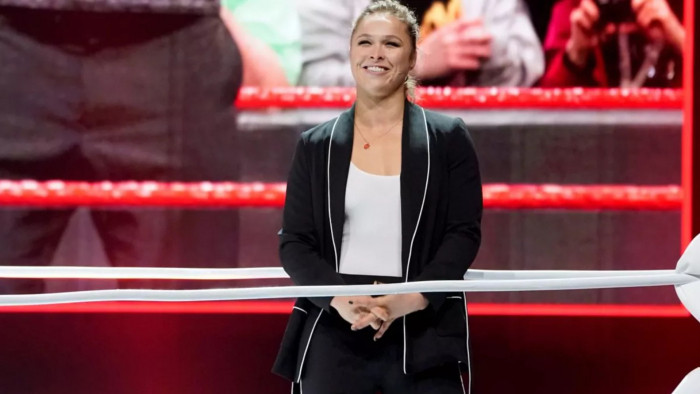 Pro wrestling exists because “real” wrestling doesn’t involve cool shit like jumping off turnbuckles and building up momentum by running back and forth lots of times so you can elbow someone really hard after doing a little dance. Athletic wrestling is much more floor-based, and a match will often just be a series of holds and grapples with very few clotheslines. It’s all well and good, and there’s lots of skill involved, but pro wrestling is way more fun. Aerial work, heel turns, signature moves and endless soap opera plotlines make it endlessly entertaining, and a pre-planned outcome doesn’t take away from the immense talent involved (knowing a big fat dude is going to jump off a ladder onto your head doesn’t make the ladder any shorter or the dude any less big and fat).

Sometimes the lines between kayfabe and the real world get blurred. Feuds and relationships become real, plus the unfettered access fans now have to their favourite wrestlers mean there is much more crossover than there used to be - wrestlers will openly discuss their storylines and characters on social media. Generally, wrestling fans are a lot more sophisticated than they’re given credit for by a mainstream that sees them as silly and insists they “think it’s real”. Being a wrestling fan involves consciously operating on multiple simultaneous levels of reality that snake in and out of one another. It’s just sneered at because a lot of it involves people in their pants hitting each other with aluminium chairs.

But Ronda Rousey is blurring the lines even further. Rousey started off as an MMA fighter in the UFC, in which results are not pre-planned, and her joining WWE was both extremely hyped and seen in some circles as a step down. She has been a “face” for the past year, a fan-favourite and “goodie”, but that seems to be changing - she’s been feuding with fellow wrestler Becky Lynch on Twitter and using Lynch’s real, non-wrestling name. Last week she declared in the ring that she makes the WWE too much money to have to follow the storylines written for her, turning on her fellow wrestlers, the WWE and wrestling fans themselves.

And now she’s posted a video in which she slams the fakeness of the whole thing.

She said: “It wasn’t a promo. They gave me other things to say. I didn’t fucking say it. It’s not a promo. It’s not an act. I’m not going out there and doing their fucking act anymore, I’m going out there and doing whatever the hell I want. And they can explain it however they want, but fuck them. Everybody. WWE Universe included. I meant that, I’m going to disrespect the sport that they all love so much. ‘Ohhhh don’t break kayfabe Ronda!’ Wrestling is scripted. It’s made up. It’s not real. None of those bitches can fucking touch me. The end.”

Is it all a well-calculated, all-encompassing “heel turn” (where a beloved wrestler suddenly portrays themselves as a villain)? Is the real Rousey genuinely sick of being in the WWE and looking to break the rules? Either way, by not only breaking kayfabe but trying to break the idea of kayfabe, she’s doing a sort of multi-level, multi-identity, multi-platform heel turn that is pretty impressive.