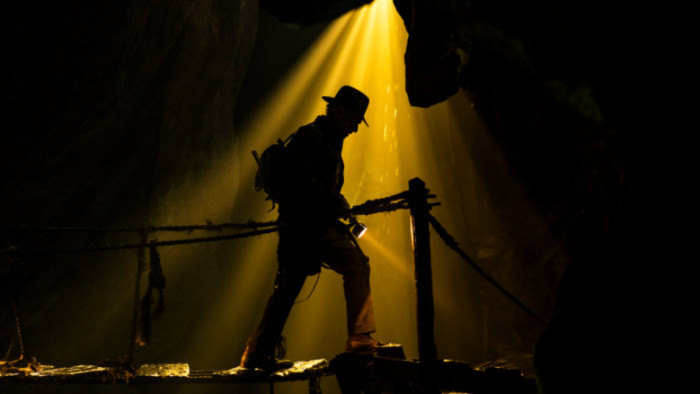 Harrison Ford has made it clear that Indiana Jones 5 will be his last Indiana Jones movie. Given he turned 80 in July, it's understandable why this decision was made but don't think that his age will stop the film being packed with action.

It has been revealed that we will see a 'younger' Indiana Jones in the upcoming film, thanks to some VFX wizardry.

Lucasfilm, and in particular ILM, is no stranger to de-ageing its not-so-young cast. We have seen it in The Mandalorian, where a younger Luke Skywalker made an appearance. While there was a a case of the Uncanny Valley when he cropped up in the first season, by the second season the technology had improved and the likeness was impressive. Most impressive.

According to Empire magazine, which has a wonderful Indiana Jones 5 exclusive, technology will be used to de-age Indy for the opening sequence of the movie. Set in 1944, the intro will have Jones battling Nazis once again, albeit a far more sprightly version of the character.

This isn't the first time we have had a 'young' Indiana Jones in the opening scenes. River Phoenix played a teenage version of Jones for The Last Crusade. This one is a little different, though, as the younger version of the character we will see will be a similar age to the golden age of Indy, from the Raiders and Temple Of Doom era.

The sequence is said to be set in 1944, in a castle packed with Nazis, which means that the effects would have to zap some 35 years off of Harrison Ford as the character would be around the 45-year mark for the scene.

“I wanted the chance to dive into this kind of full-on George-and-Steven old picture and give the audience an adrenaline blast,” says James Mangold about the reason to de-age Ford.

“And then we fall out, and you find yourself in 1969. So that the audience doesn’t experience the change between the ‘40s and ‘60s as an intellectual conceit, but literally experiences the buccaneering spirit of those early days… and then the beginning of now.”

With the in mind, when Ford is playing Indiana Jones in the 1960s, he will be playing a character that is some 10 years younger than him in age. Given how good he looks in the photos seen on Empire, we think he is well up for the task.