Will the film take your breath away? 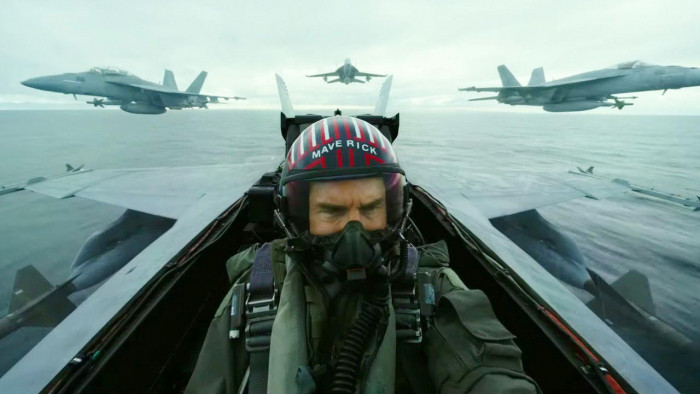 Top Gun: Maverick is the long-awaited sequel to the '80s classic Top Gun. The movie sees Tom Cruise back in the cockpit some 35 years after the original film.

The movie is directed by Joseph Kosinski who is no stranger rebooting older franchises, having made the underrated Tron: Legacy.

Cruise has been promising that the movie won't disappoint fans of the franchise and it has just had its first 13 minutes screened and it sounds like a triumph.

The story centres on Pete Mitchell (Maverick) who is still in an aviator, but one who has shunned promotion after promotion, instead he's happy to fly fast jets into... the danger zone.

In the initial trailer, we got notes of the them music (which still sends chills) and it seems that we will indeed have more of the original soundtrack in the movie with Kenny Logins' Danger Zone playing over the stunning flight scenes.

Miles Teller, who stars in the movie, was pretty pleased with the footage being shown, Tweeting Cruise famous volleyball scene in the original movie:

But it's not just him who is stoked, here's what the Twitter world is saying about the footage that was shown at CinemaCon by Paramount.

So. TOP GUN: MAVERICK looks far better than I ever could have imagined. If the rest of the film matches the opening 15 minutes, this will be incredibly special. pic.twitter.com/Yh5pWCmCio
— Sean O'Connell (@Sean_OConnell) August 26, 2021

Just saw the first reel of Top Gun: Maverick. And it's perfect. It starts exactly like the original film. Same text. Same font. Same music. Right into "Danger Zone." And just when it's got you, we go to the new story with Maverick being Maverick. So beyond pumped. pic.twitter.com/zNh2n889Xk
— Germain Lussier (@GermainLussier) August 26, 2021

Maverick needs to push a jet to Mach 10 to keep his program going... and he pushes it further than he should. Beautifully shot. Looks epic.

First 13 minutes of TOP GUN: MAVERICK are absolutely breathtaking. We’ll be talking about that on the podcast too. Stay tuned. #CinemaCon#TopGunMaverick

Top Gun: Maverick is set for release 17 November. Here's the original trailer to get you in the mood.