Sorry, Tom, this space is taken, 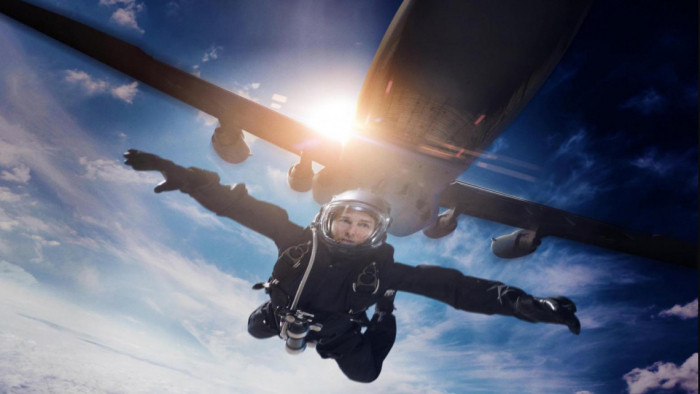 One of the biggest movie stories of the year focused on Tom Cruise. No, not his rant on the set of Mission: Impossible 7 but the revelation that, for his next movie, he would be heading to actual space.

That's right, he was all set to wave this world goodbye (and who could blame him at the moment?) and head to film some scenes on the International Space Station, helped on the way by SpaceX and director Doug Liman (who he worked with on Edge of Tomorrow).

It was meant to be the first production in space but someone has gotten there first. A Russian rocket has already blasted off with a film star on board, and a movie called The Challenge will film on the ISS for 12 days.

Yulia Peresild is the actress being filmed in space, by director Klim Shipenko. According to IMDB, the plot of the movie is as follows: "A female surgeon has to perform an operation on a cosmonaut too ill to return to Earth immediately."

Russia's Channel One has been charting the journey to space and, according to a recent press conference (picked up by Deadline), the filmmakers went through a four-week course to prepare themselves for space. Given cosmonauts have years of training this is a pretty speedy way to train.

According to the official ISS Twitter feed, the crew are safely inside the International Space Station right now, noting:

"The hatches between the International Space Station and the newly arrived Soyuz spacecraft officially opened at 11 a.m. EDT. The arrival of three new crew members to the existing seven people already aboard for Expedition 65 temporarily increases the station’s population to 10.
"This is the fourth flight into space for Roscosmos cosmonaut Anton Shkaplerov. Actress Yulia Peresild and producer Klim Shipenko are making their first flights into space and will spend 12 days on the space station, filming segments for a movie titled “Challenge” under a commercial agreement between Roscosmos and Moscow-based media entities."

The Soyuz crew ship hatch to the station opened at 11am ET and three Russian crewmates entered the station increasing the space population to 10. https://t.co/05zsK3fkeH
— International Space Station (@Space_Station) October 5, 2021

There's no word as to when Tom Cruise will blast off - he is currently still filming parts of Mission Impossible 7 in the UK.