Tim Robbins: stars who don't speak up against injustice are 'selfish' (Exclusive) 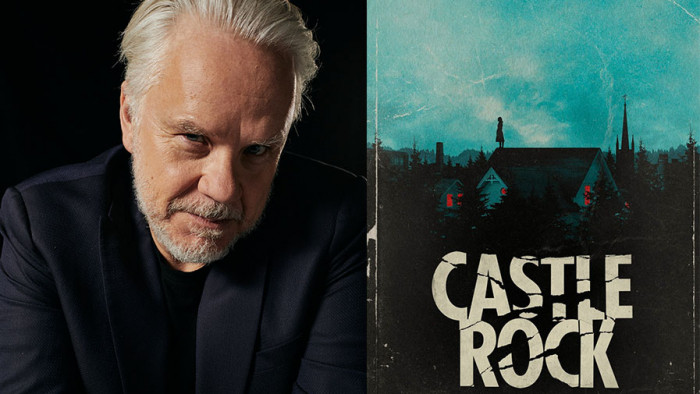 Over the last few weeks, the world has seen Hollywood stars use the awards season platform to make several political statements.

Joaquin Phoenix, Brad Pitt and Robert De Niro are a few of the most famous examples of actors speaking out on the subjects of racism, animal injustice and the President of the United States, while collecting their various awards.

“In Robert De Niro's speech at the SAG Awards he said, ‘the fact that I'm an actor doesn't limit my freedom of speech', and I've pretty much felt that my entire life,” the Castle Rock star tells Shortlist.

“If I feel a certain way about something I'm not going to censor myself. I believe that in order to live in a free society and have freedom of speech that you have to use it and I find it disheartening when people remain quiet when it's most important.”

In 2003, Robbins was openly critical of the invasion of Iraq and recalls the frustration that he and his then-wife Susan Sarandon felt because they were amongst the few to speak out.

“It was disheartening that only, maybe, five people in my industry chose to use their freedom of speech,” he says.

“I had people coming up to me whispering in my ear, ‘thanks for saying what you're saying.” And I'm like, “why can't you say it? Why are you whispering?”

“I think that's a pragmatist point of view,” Robbins continues. “It's a political decision to not speak. It's the politics of career survival. The fear that if you do say something, you will not be as famous or as rich. I find that very selfish.”

Ultimately, Robbins wants his peers to use their platform for when it really matters.

“It's one thing to slag on the President and there's many, many reasons to do so, but what happens when all these critics of the President are okay with the Defence Bill package or the Defence Budget that just happened that gives him billions more dollars?” the actor says.

“What happens when they're cooking up another war and all of a sudden they go silent so when it matters?

“It would be beautiful to see that collective voice resist against the manipulation that's out there, pretty regularly, for violent altercations throughout the world.”

Tim Robbins is currently starring in Castle Rock S2, which is available on STARZ PLAY now - the channel is available through Amazon Prime.

Sign up to our Newsletter below for an exclusive ShortList from Tim Robbins this week, where he reveals his favourite Stephen King stories.