This is the perfect running song, according to scientists

The dance-pop track has some of the corniest lyrics around but will it make you go faster? 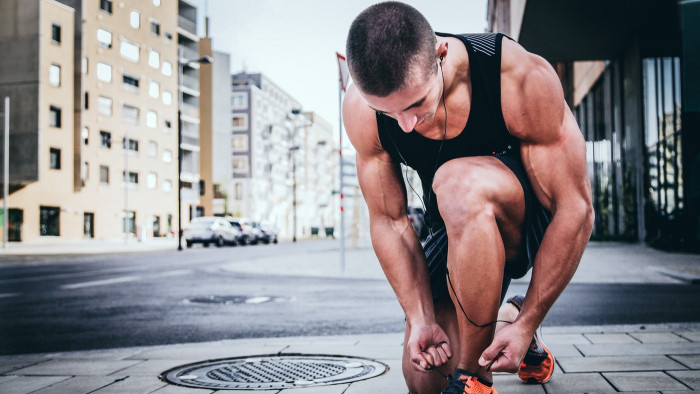 Mustering up the motivation to lever yourself off the sofa, don those trainers and set out on a run is a hard feat at the best of times (particularly with sub-zero temperatures). But what if we told you one scientist had created a song capable of making that easier?

You wouldn’t believe us, right?

Sure, it’s common knowledge that there’s nothing quite as motivating as a top-notch playlist to see you through the length miles, but now Professor Costas Karageorghis, specialising in sport and exercise psychology at Brunel University, may have just created the ultimate running track.

Teaming up with a host of music producers, the experiment resulted in a 3 minute and 40 second track entitled “Run With Me”, created as part of Running Channel and AIR:RUN's upcoming London running event on 31 May.

Scientists took into consideration 3 main areas - Beats Per Minute (BMP), rhythm and lyrics, with the final result found to boost a runner's mood by an impressive 15% compared to those running in silence.

‘We already knew music helped your mood!’ I hear you cry. Well, you’ll be pleased to hear that blaring the Rocky theme tune through your headphones can actually help in other areas too.

“It gives you an outward focus so you're not [fixated] on internal fatigue-related symptoms,” notes Professor Karageorghis in an interview with The Telegraph. “In doing so, it reduces perceived exertion by about 10%.”

The lyrics, though, do leave a lot to be desired.

Great news for pacey dance-pop fans, the track features classic lines includings: "Run with me, see the world beneath our feet and know I will always be there” and “The sun is rising over the valleys of our utopia… It's only you, like a hurricane running through my veins".

Tempo is also key according to Professor Karageorghis. “At a low-to-high intensity of running, there's a sweet spot of tempo which is between 120 and 140BPM.”

So, whether you’re doing a couch-to-5k or getting in those marathon miles in, let intrigue get the better of you and check out the track on Spotify now.