These are the best things that ever happened at The Brits

Remember all the boozing? 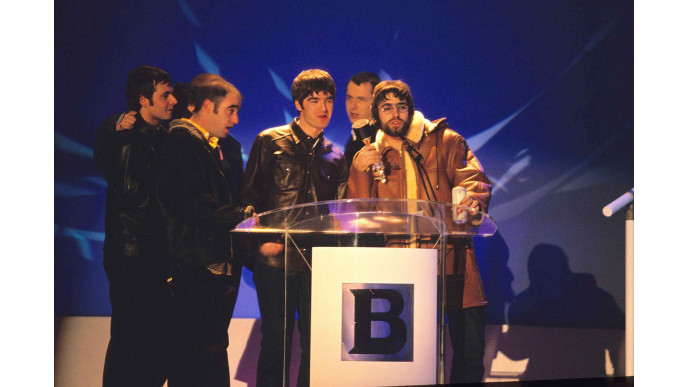 Ahhh The Brit Awards, the shining beacon of calamity amongst all of the other slick, polished awards shows. These days, it’s a bit tamer than those that have gone before. In the ‘90s it seemed pretty much everyone at the ceremony was drunk, at the very least. Organisers every year were somehow powerless to stop A-listers getting absolutely plastered and shouting at each other on or off the stage. This year’s bash was fairly well behaved, and came with some nice moments from The 1975 and The Carters, but read on for the best moments ever;

Jarvis Cocker, how we love you. In 1996, just as Jacko was ascending high above the stage, singing Earth Song with a bunch of kids, and generally making a statement, Jarvis ambled onto the stage, to the shock of onlookers and presumably, event security, and sort of bent over and did a farting motion with his hands.

When asked why he did it, he responded that he ‘felt a bit ill’ at the fact Jacko was essentially mimicking Jesus on stage: ‘It seemed to me there was a lot of other people who kind of found it distasteful as well, and I just thought: ‘The stage is there, I’m here and you can actually just do something about it and say this is a load of rubbish if you wanted.’”

Fair play, can’t blame the guy for sticking to his guns. Jarvis was held in a police station until 3am that night, but was released without charge. He’s a good egg, isn’t he?

Madonna falling off the stage

I was watching this live, a bit bored, and wishing something would happen, when the Queen of Pop was dragged off the stage by her own cape, and I can only presume, a now sacked dancer. Obviously, I don’t condone anyone ever getting hurt, but my God it was funny. Plus, Madge got up and carried on as if nothing was wrong. What a trooper.

1996 was quite the year, Britpop was at its height, and literally everyone was pissed. Oasis won three gongs this year and we suspect, might have been celebrating a bit too hard.

Not only did they insult INXS singer Michael Hutchence – ‘has-beens shouldn’t present awards to gonna-bes’ said a rather inebriated Noel – but they also baited long standing rivals Blur, by singing Parklife and changing the words to Shitelife. God I love the 90s. Check out the above clip for a montage of all three acceptances.

The 1975 quoting Laura Snapes on sexism

Everyone’s favourite band of the moment The 1975, accepting their award for Best British Group, quoted journalist Laura Snapes. Singer Matt Healy quoted her saying ‘In music, male misogynist acts are examined for nuance, and defended as traits of difficult artists, whilst women and those who call them out, are treated as hysterics who don’t understand art.’ Healy using his platform to talk about sexism in the industry was a refreshing change to artists gushing about their manager and listing ten people nobody has ever heard of. Well done boys.

Stormzy attacking Theresa May for Grenfell

Who can forget Stormzy last year for using his incredible performance to highlight the lack of money and support shown by the government to Grenfell survivors, changing the lyrics to his song Blinded by Your Grace to;

“Like, yo, Theresa May, where’s that money for Grenfell?

What, you thought we just forgot about Grenfell?

You should do some jail time, you should pay some damages

MPs sniff coke, we just smoke a bit of cannabis.”

Stormzy has been a great advocate of justice for Grenfell victims, and shared a petition for action to be taken against those responsible on twitter after his performance.

Ronnie Wood throwing a glass of water over Brandon Block

It wouldn’t be The Brits without a Rolling Stone getting in a fight would it? When Ronnie Wood and Thora Birch presented the award for Best Soundtrack, DJ Brandon Block mistakenly thought he’d won an award, and stumbled onto the stage the collect it, despite not being nominated for anything.

Security tried to get rid of him, but not before he heard Ronnie shout ‘Get off stage you cu*t’, which only riled him more. When he came back to try to fight Ronnie, the rocker threw his drink in his face and then tried to get out of his way as Block called him an ‘old bastard.’ before finally succumbing to the bouncers. Bet he had a few ‘U ok hun?’ texts the next morning.

Everyone’s favourite megastar couple, Beyonce and Mr Z, accepted their award for Best International Groupin front of a portrait of the Duchess of Sussex, Meghan Markle. Beyonce said ‘Thank you so much to the Brit Awards for this incredible honour, you’ve always been so supportive. Everything is love.’ They then both turned to look at the portrait. Posting the same image on Instagram, Beyonce captioned it with a loving message for the Royal mother-to-be.

We can’t wait to see what next year’s ceremony brings. Oh and a word to the organisers, don’t be too tight with the wine on the tables, OK?