Terminator 2 co-writer on where 'Hasta la vista, baby' came from

And Arnie admits why he hated saying "I'll be back". 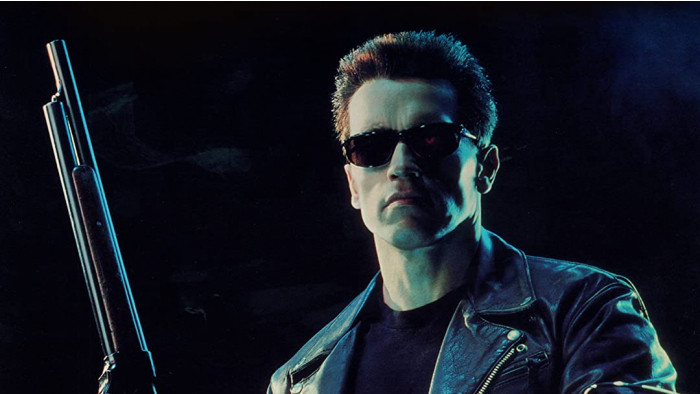 One of the most iconic pieces of movie dialogue in history is when Arnold Schwarzenegger says “Hasta la vista, baby” in Terminator 2.

It's also a phrase that has been given the unfortunate honour of being the last thing Boris Johnson said in his final Prime Minister's questions.

So, what on earth does “Hasta la vista, baby” mean, and why was a giant cyborg made to say it?

Well, taking it literally, it loosely means “See you later” in Spanish, but according to the featurette which accompanying the 3D re-release of T2 in 2017,it was simply included as an offhand joke. Co-writer William Wisher mentions in the doc that it was purely something him and James Cameron used to say all the time:

“[It was something we] used to say to each other when we were talking on the telephone, as we were hanging up... neither one of us ever had any idea that that line would become an iconic piece of dialogue.”

Yes, it was originally uttered in the first film, but Robo-Arnold does repeat it again in the sequel. Only in real life, Schwarzenegger wasn’t too keen on the line, and wanted it changed to “I will be back”.

Why? It was down to his accent.

“I say every goddamn line wrong, because of my accent. I had difficulties with ‘I'll be back’.”

Thankfully, they kept it in and forced poor old Arnie to learn how to say it, and the rest is movie - and now British political - history.

Note: this article was originally posted in 2017 and has now been updated, given Boris Johnson has now sullied one of the most iconic movie lines of all time.