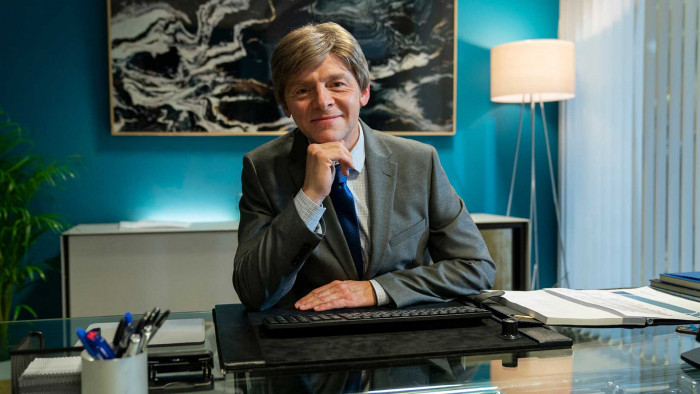 Truth Seekers, Prime Video’s latest TV series, is something of a celebration for Simon Pegg and Nick Frost fans. It’s the first time in 20 years that the pair have starred in a show together. Yes. Spaced is that old!

While it’s not quite the reunion you’d expect, given Pegg’s appearance in the show is fleeting, it’s brilliant to see them both on the small screen together and the show has all the narrative threads you’d expect from the pair.

Truth Seekers is about a group of part-time paranormal investigators. With nods to Ghostbusters and The X-Files, the things it riffs off may be from Hollywood, but this is very much a British affair and all the better for it. It also does a similar thing to what The Cornetto Trilogy manages so well, marrying comedy and horror without cheapening either genre.

“Comedy and horror are structurally very similar to each other,” says Simon Pegg to ShortList when we caught up with him recently.

“They both rely on a build up and an emotional pay-off. With a ghost story there is a long setup then essentially a punchline, the scare. And there is an emotional response, that being shitting yourself.

“A joke is the same thing, it’s establishing a story and leads to a punchline. They have structural parity and it makes them work well together. The trick is not to use one at the expense of the other.”

Pegg and Nick Frost are masters of this. In their movies, they never parody but homage and it’s something Pegg thinks is key.

“Shaun of the Dead is a zombie film but it just happens to be a comedy as well, it’s not a parody. And neither is this. It’s a supernatural horror comedy.

“With any genre, it is easy to make fun of it because it asks you to suspend disbelief. To make fun of horror or sci-fi, all you have to do is be cynical and that’s really easy. The trick is to have the two things running parallel. You have jokes and horror running alongside but not being undermined.”

When it comes to horror, though, what truly scares Pegg?

“There was a golden age of horror and a lot of horror these days is predicated on jump scares and freaking the audience out in the moment, rather than getting into their bones," explains Pegg. "But I think Ari Aster is doing incredible work. Hereditary and Midsommar are masterful works, Midsommar particularly disturbed me when I saw it last year. And Toni Collette in Hereditary should have won an Oscar.

“I also watched Don’t Look Now again as I am in Venice at the moment [he's shooting the latest Mission: Impossible there], and there’s no better film to watch in Venice than that.

"I rewatched It Follows which is a really good modern horror film. It’s hard to make a horror film that gets in your bones and anyone that can do that I have a lot of respect for."

Truth Seekers sees Pegg reuniting not just with Frost but many people he has worked with throughout his career.

“I’ve known James [Serafinowicz, co-creator and writer on the show] for years and Nat Saunders [another co-creator of the show] worked on Big Train but I didn’t remember him from then,” laughs Pegg.

“This was Nick and James’ baby, they had this idea a while ago and had been sitting on it. Nat, James and Nick really did the bulk of the writing - I sort of floated around here and there, chipping in ideas. My biggest thing was choosing the wig!

“It was nice to get some old friends in. Kevin Eldon is in the show, Julian Barratt is there too and he’s an old friend.”

Truth Seekers has been created by Stolen Picture, the brainchild of Simon Pegg and Nick Frost, and marks one of the company’s first forays into television - a medium that Pegg is a big fan of.

“It feels like an exciting time to be making TV,” he tells us. "There’s a real can-do spirit. There’s a sense of television’s new found respect for itself and standing as a medium.

“It used to be this 4:3 box - TV felt like cinema’s much poorer cousin. And now it’s not, it’s matured into something far more robust. You are able to tell stories over a long period of time with the same scope.

“As cinema struggles, not least because of this terrible situation, television feels like it is just getting started.”

The entire series of Truth Seekers is streaming on Prime Video now.