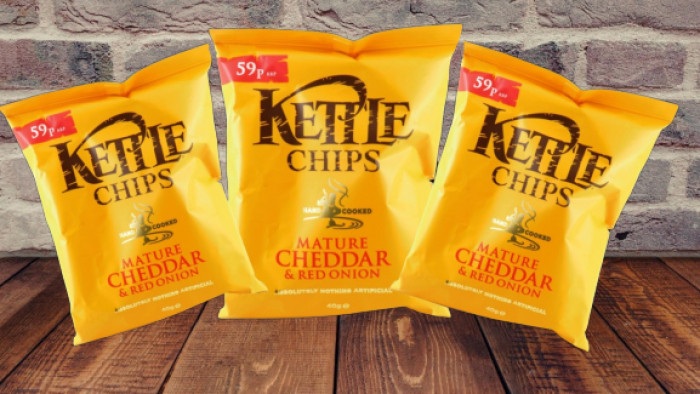 Ever wondered whether the festive period would be made that much more enjoyable by a Christmas tree made of cheese? No, we hadn’t either.

Measuring in at seven-foot, the impressive looking cheese tree was hand-sculpted using 80kg of cheddar and has been decorated with 45 cheese baubles and 40 red onions - all intricately carved into festive designs.

It took three weeks to make, with cheese from Davidstow, Cornwall (the very same type used to create the crisps) being sculpted over a wire frame to create the towering design.

Topped with a crisp star, the indulgent extravaganza was created by food artist, Pru Staite, and features crisp tinsel that hang from its branches.

Adorned with nearly 100 hand-carved decorations (alongside a crisp or three), the creamy sculpture has become something of a local landmark.

According to the Eastern Daily Press, Kettle's innovation chef Phil Hovey remarked: "Our priority is on doing things the right way, which is exactly why we chose to work with Davidstow for our new seasoning - it has a perfect flavour profile."

Commissioned by the Norwich-based crisp maker to celebrate the new flavour and for those curious, the tree can be found in the City’s The Feed cafe.

This book tells you the history of your adidas trainers

For that person in your life who *really* likes trainers
News

Killing Eve season 4 to be scripted by Sex Education writer

And season 3 is still to come.
News

You can now buy a ‘climate-positive’ gin made from peas

It tastes ‘fresh and fruity’, apparently.